Trump adviser Larry Kudlow: 'We don't want to have' voting rights protections get through Congress 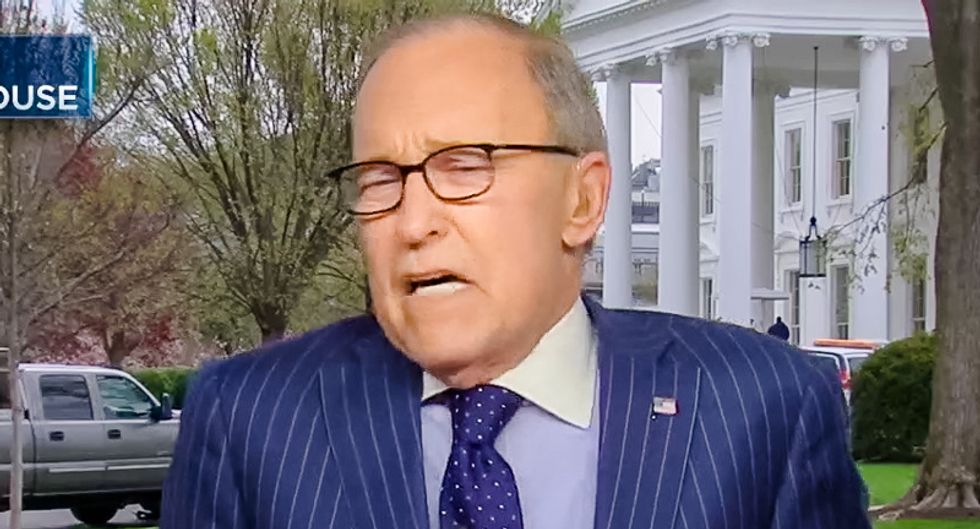 On CNBC News Thursday, President Donald Trump's economic adviser Larry Kudlow said that the administration does not want protection of voting rights to pass as part of the coronavirus stimulus package.

"So much of the Democratic asks are really liberal left wishlists we don't want to have," said Kudlow. "Voting rights, and aid to aliens, and so forth. That's not our game."

Talks between Congress and the White House are currently at an impasse. The administration is refusing to support outlays greater than $1 trillion, and the president has explicitly demanded there be no funding for the Postal Service, to keep voting by mail as difficult as possible.