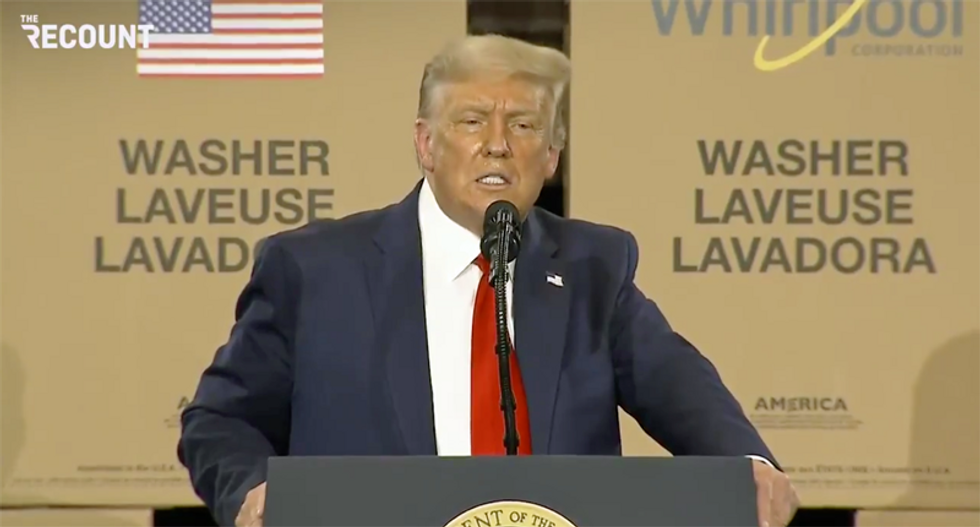 During a segment on MSNBC's "Morning Joe," Associated Press White House correspondent Jonathan Lemire stated that aides close to President Donald Trump thought the president made some good points about the U.S. economy on Thursday -- only to have his message overlooked when he attacked former Vice President Joe Biden.

Speaking with co-host Willie Geist, Lemire said there were other problems with the Ohio visit -- including Republican Gov. Mike DeWine being unable to attend because he tested positive for COVID-19 -- but Trump stating Biden "hurts God" made the economic points the president made secondary in a state where he needs votes.

"I talked to some of the people in Trump's orbit last night," Lemire reported. "The president was at a fund-raiser outside Cleveland and there was frustration about how the day went because they felt like amid all this he delivered an economic speech they thought he had good points, defended his record, made his case, this is the one argument he is making for a second term. he did say, this is how I built up the economy the first time, pre-pandemic, this is how I can do it again."

"Instead, we have the president making these somewhat nonsensical attacks to drown out what could be some effective messaging and, of course as always, all of this is in the shadow of the pandemic," he added. "Really what this election has been so far seems to be a referendum on how the president has handled the pandemic and the polling suggests the American people do not think he's done a good job."