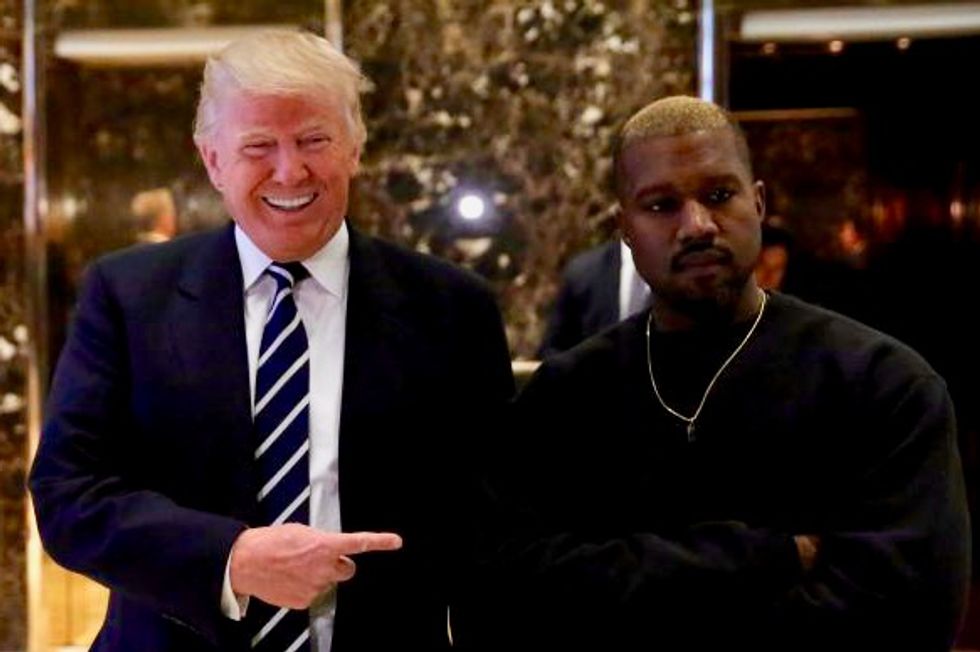 Kanye West's unexpected presidential campaign is being boosted by Republican operatives and could siphon off votes from Joe Biden in key battleground states, but some of President Donald Trump's allies are wary of the rapper.

Some Trump advisers privately admit there's not much evidence to show West could peel off support from Biden, and they're worried the mentally precarious musician's foray into politics could backfire, reported The Daily Beast.

West has voiced his support for Trump and maintained a close relationship with Jared Kushner, the president's son-in-law and senior adviser, and many White House allies think his campaign could hurt Biden in battleground states.

“Of course it’s a good idea,” said Stuart Jolly, Trump's national field director in 2016. “The margins were small in states like Wisconsin [which Trump won] in 2016. Who knows how small they’re going to be this time around? If you’re a [Republican operative] who wants the president to win, more power to them.”

But others are concerned about West's mental health, and seven GOP sources told The Daily Beast they're concerned the stunt could hurt the president one way or another.