Trump campaign has no idea how to start going after Kamala Harris: report 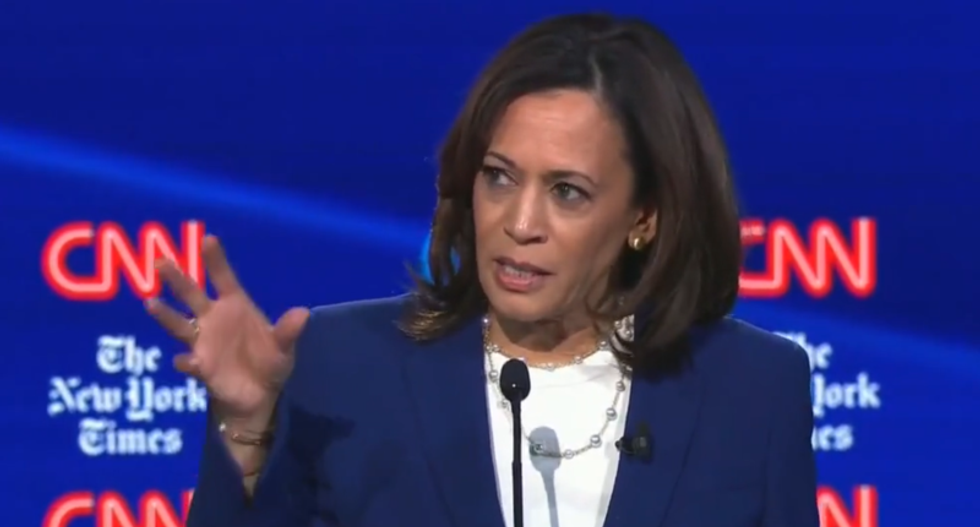 After Joe Biden announced he was picking Sen. Kamala Harris (D-CA) for his running mate, President Donald Trump tried out a number of attacks at the day's press conference, calling her "nasty," "disrespectful," far-left, and dishonest, among other things.

But according to NBC News, the Trump campaign is struggling to formulate a consistent message that will hurt her.

"Harris was difficult to pin down ideologically in the Democratic presidential primary, which left many voters wondering what she stood for and hurt her candidacy and ultimately forced an early exit last December before the first votes were cast," reported Sahil Kapur. "But it also now makes her a more complicated target of attacks by Trump, who has also struggled to land a punch on Biden: During the Democratic primary, Harris was a rare candidate who polled near the front of the pack but never earned a derisive nickname from the president."

The problem, from the Trump campaign's perspective, is that they have spent weeks attacking Biden as soft on crime and pliable to far-left demands to defund the police — and most of the attacks on Harris' record during her presidential run came from progressives fearful she was too hard-nosed a prosecutor, which would only undercut that message.

“This really puts the Trump campaign in a box: whether you portray her as pro-police or anti-police,” said Trump donor Dan Eberhart. “They are going to have to decide.”