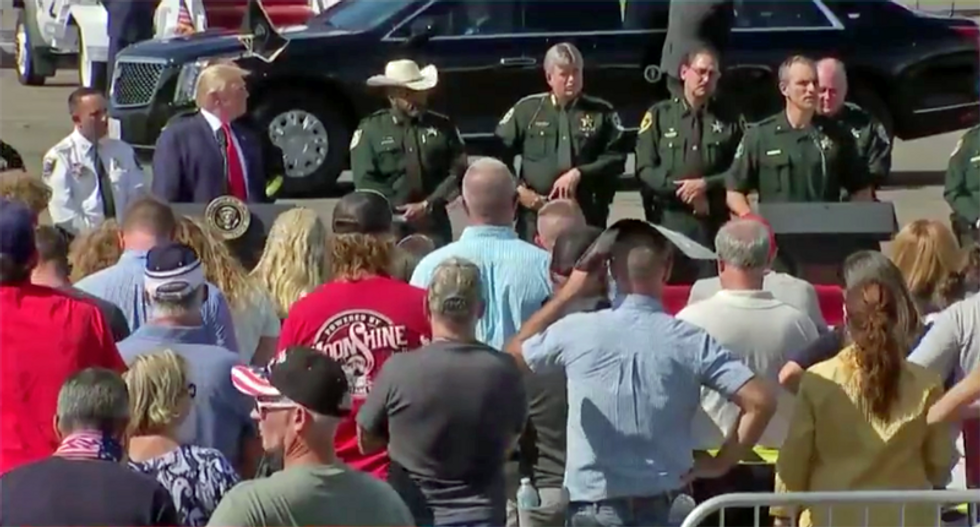 President Donald Trump's campaign is continuing to hold in-person events, even after his controversial Tulsa rally was blamed by many as potentially having caused the death of Herman Cain.

"Events have featured varying levels of safety precautions," ABC reported. "Many do not implement social distancing while some do, and no Trump campaign events nationwide require masks to attend, according to multiple sources."

"When asked about safety measures taken at these events, the campaign did not provide specific details," ABC noted.

A second round of pics from a fantastic grand opening here in Dunn county. Thanks for all the support! #maga… https://t.co/aT69enwTkQ
— Logan Manhart (@Logan Manhart) 1595708954.0

Honored to have @JePence in Sparta today for the Monroe county office grand opening ! 🎉 94 days until Wisconsin is… https://t.co/rNyO6keNHP
— Nathan Trueblood (@Nathan Trueblood) 1596299885.0