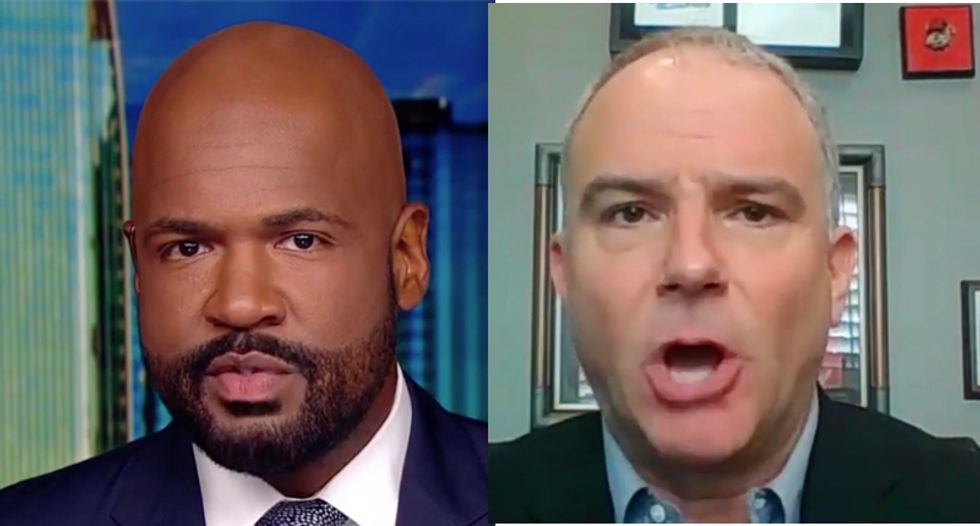 On CNN Saturday, Republican strategist Brian Robinson attempt to downplay the human cost of the coronavirus came to an abrupt end when "New Day" host Victor Blackwell forcefully pointed out to him that 1,000 Americans are dying every day during the still-raging pandemic.

With liberal commentator Maria Cardona also sitting on the panel, Robinson launched into a full-throated defense of Donald Trump's administration saying most American's don't know anyone who has been infected by COVID-19.

That drew a quick and skeptical response from host Blackwell.

"If you look at the states that reopened earlier than Democratic states did, you will see their economies bounced back a little faster than ones that held off on reopening their economy," Robinson said before describing businesses closing. "We've got to keep our economy going and I think most Republicans also see that the people that they know who had COVID had mild symptoms, many were asymptomatic, that this isn't the nightmare --."

"You Republicans don't know anybody that died from COVID?" Blackwell cut in.

"I think there are a lot of people in a country of 330 million people that don't know anybody that died of COVID, yes," Robinson parried.

"Are you suggesting that Republicans know fewer?" the CNN host pressed. "I'm trying to understand what you're suggesting here -- the people that had mild symptoms, how could you possibly know that?"

"Well, because it is in the news," Robinsons smirked. "Look, 170,000 people have died in this country and that is terrible. We don't want to see that at all, but if you look at the overall infection rate, many of these people are not getting terribly sick, hospitalizations are going down. Fewer people being put on ventilators, it is not what it was in early spring."

"More than a thousand are dying a day, have died the last 24 days," Blackwell shot back which silenced his Republican guest allowing Cardona to weigh in and read him the riot act.