Trump exposed his cluelessness during Axios interview — and gave Biden all the ammunition he needs: GOP operative 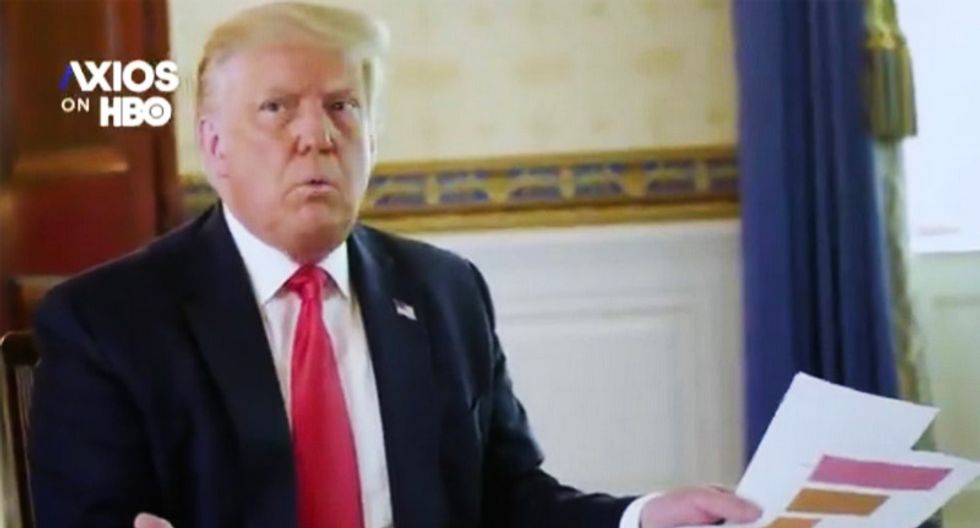 The president showed a lack of compassion and failed a test of his basic understanding of the coronavirus pandemic, and political strategist Mark McKinnon told MSNBC's "Morning Joe" that should give Biden's campaign plenty of ammunition.

"We don't play those clips for entertainment," said host Willie Geist. "We play them because that's the man in charge of this country's recovery. That's the man that's sitting in the Oval Office, of how we get our way out of this, and as a man who's run a bunch of campaigns, you understand why the Biden campaign is already out with an ad that the clip when the president says, 'It is what it is.' He says, 'We have this under control,' talking about coronavirus. He says, 'It is what it is,' making it pretty easy for the Biden campaign in that interview."

McKinnon agreed that indifferent quote could become the defining line of the campaign.

"In fact, at one point in that interview, as you saw, he talked about five different lists that he had that related to one supposed fact," McKinnon added. "So he had five versions of one fact. I mean, it's really astonishing that, you know, the person who's running this country and trying to get a hold of this crisis, is unable to understand what the crisis is, and it's so obvious. The bottom line here is you can't get a hold of a crisis, you can't deal with a crisis, until you're able to confront the crisis and admit what it is, and that's the biggest problem, is that the president is unable to confront exactly what he's facing."