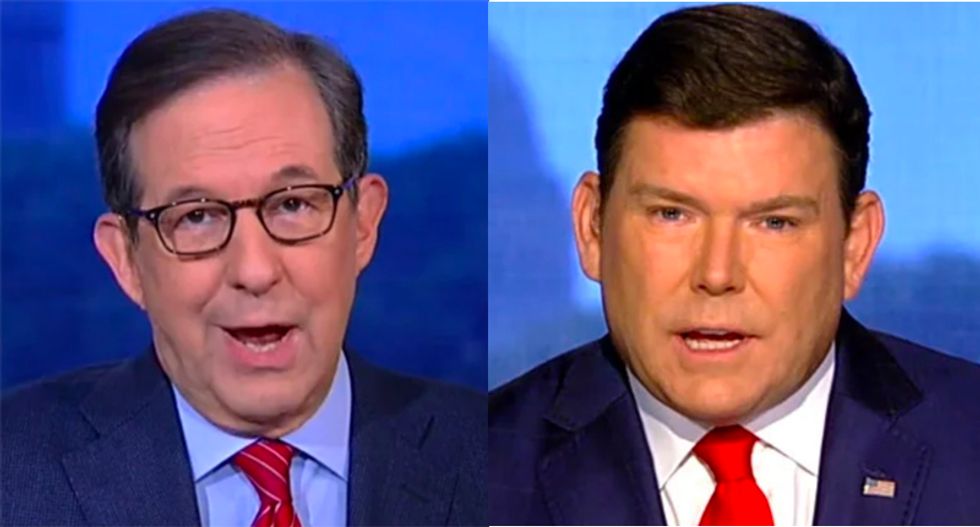 Fans of Donald Trump did not care much for coverage of Democratic presidential nominee Joe Biden's acceptance speech on Thursday night on Fox News, taking to social media to complain about the all-star panel of host's lavish praise of the Democrat.

With news personality Bret Baier claiming Biden's speech was “the best he’s been” and "what he needed to do,” colleague Chris Wallace added, Biden "blew a hole" in Trump's contention that Biden isn't up to the task.

“Remember, Donald Trump has been talking for months about how Joe Biden is mentally shot, a captive of the left,” Wallace suggested. “And yes, Biden was reading from a TelePrompter, from a prepared speech. But I thought he blew a hole, a big hole in that characterization.”

Afternoon host Dana Perino went a step further, gushing, "Joe Biden just hit a home run in the bottom of the ninth. He had pace, rhythm, energy, emotion and delivery. So I think that if he looks back, he’s got to say that’s probably the best speech of his life.”

Appearing as an analyst, former GOP consultant Karl Rove added, "If I were a Republican strategist in the Trump campaign, I’d be worried about how long and how effectively he carries that theme forward.”

Needless to say, those comments led to pushback from viewers unaccustomed to Fox News hosts not toeing the Republican Party line about the former vice president, as you can see below:

@Lrihendry I turned on the TV & could swear I was watching CNN. Fox new is a mess. Wanted to slap nearly every commentator except Katie P.
— Pink Survivor (@Pink Survivor)1597976676.0