Trump grants pardon to Alice Johnson one day after she praises him in RNC primetime speech: ‘God bless President Trump’ 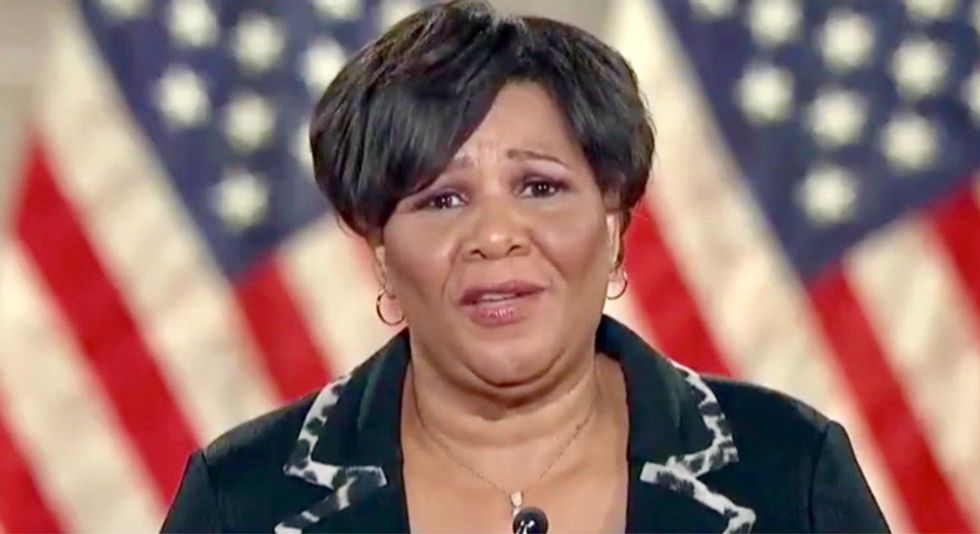 President Donald Trump on Friday afternoon granted a full pardon to Alice Marie Johnson, less than 24 hours after she all but endorsed him him in a speech during the final night of the Republican National Convention.

Here's the President with Johnson just an hour ago:

Trump has completely politicized his pardon power. Here he is framing a pardon for Alice Johnson around her showing… https://t.co/XTeX7TDIYs
— Aaron Rupar (@Aaron Rupar)1598639765.0

"I will be forever grateful," Johnson told about 1500 Trump supporters seated on the South Lawn of the White House Thursday night from the RNC stage. "God bless you. God bless President Trump, and God bless America."

In 2018 Trump commuted Johnson's sentence of life in prison without parole, following a campaign by the ACLU and at the request of Kim Kardashian and Jared Kushner. It is not known why he did not grant her a full pardon at that time.

"I was once told that the only way I would ever be reunited with my family would be as a corpse, but by the grace of God and the compassion of President Donald John Trump I stand before you tonight and I assure you, I'm not a ghost," Johnson said at the RNC. "I am alive, I am well, and most importantly, I am free."

Attorney Adrienne Lawrence, author of a book on sexual harassment in the workplace, suggested the pardon was "quid pro quo."

A pardon is more expansive than commuting a sentence because pardoning gives the person back their right to vote, s… https://t.co/pULHhN1gpF
— Adrienne Lawrence (@Adrienne Lawrence)1598641626.0