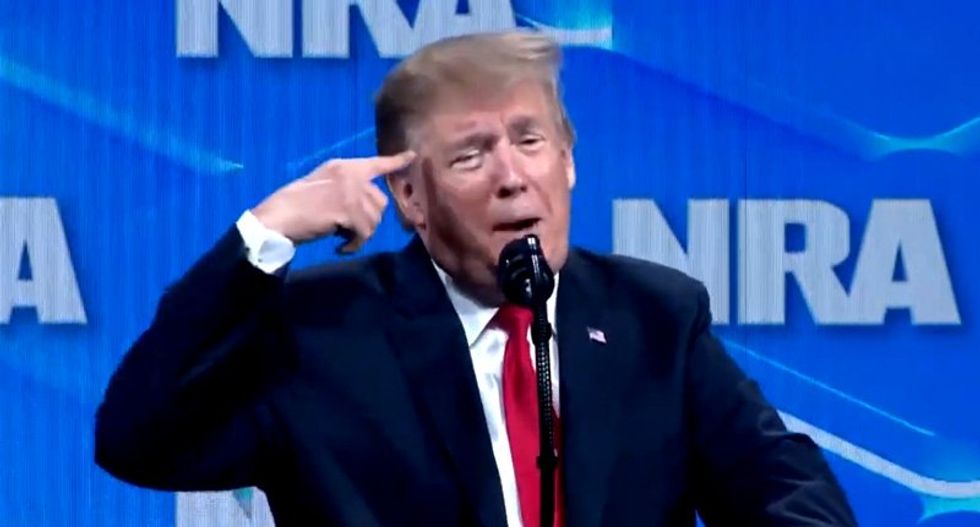 As the coronavirus continues to wreak havoc on American lives and the economy, a new bipartisan-conducted Battleground Poll conducted by Georgetown University's Institute of Politics and Public Service, shows President Trump's support eroding within key demographics.

“The latest Battleground Poll shows the President in real trouble, driven in large part by his eroding support on the economic questions. Vice President Joe Biden is leading, tied, or within the margin on every economic issue we tested,” said Mo Elleithee, Executive Director of the Institute for Politics and Public Service. “The one thing that has kept the President competitive in previous polls has been support for his record on the economy. But major defections by middle-class, suburban and independent voters fueled by dissatisfaction with his approach on COVID and the economic recovery, threaten to put this election out of reach unless he fundamentally changes the dynamic of the race.”

According to the report, previous Battleground Polls conducted during Trump's presidency showed large numbers of "reluctant" Trump supporters willing to put up with his short comings in exchange for economic policy, but the latest round of polling shows that compromise decreasing, "as a majority (54%) of middle-class voters feel the President has both the wrong style and the wrong approach on key issues."

Read the full report over at Georgetown University's website.