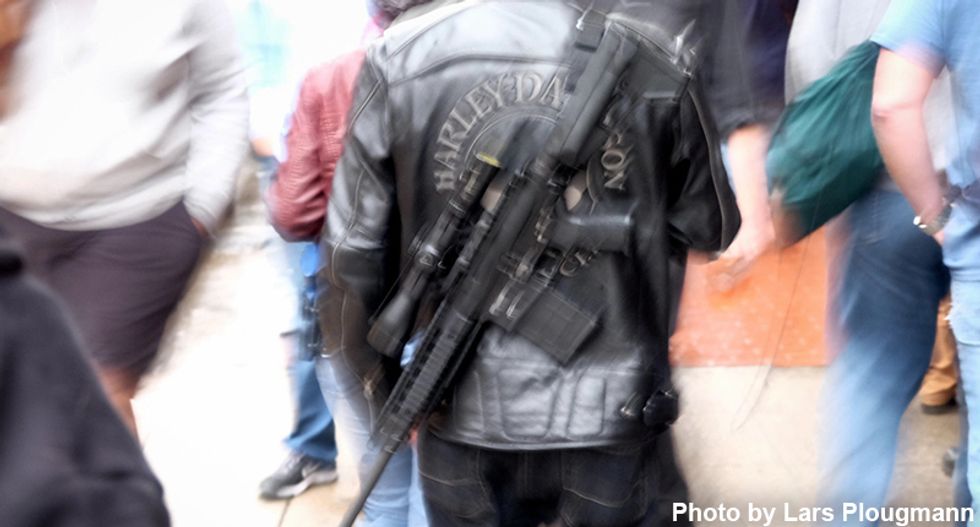 It has been declared illegal, inappropriate, vague and not his job, but there was Donald Trump again this week promising to send an army of armed sheriffs, off-duty police, attorneys general to loom over physical voting – a hedge, he said, against the voter fraud he can never show.

Until now, Trump’s been decrying the widespread fraud he thinks is possible – including foreign monkeying with actual votes – from mail-in ballots necessitated by the pandemic. Apparently enough judges, postal officials past and present and state officials have sufficiently debunked that idea that Trump has turned to the actual physical vote to intimidate.

The only thing clear to me in all this is that trashing everyone’s vote unless it is a guaranteed Trump vote is the mission for the season. When Joe Biden or other Democrats this last week were decrying an election that has put Democracy itself on the ballot, this is the stuff they were discussing.

As usual, even this bullying campaign comes with the thunder of words, but just a whisper of what actually is possible to achieve, though it actually appears that his team is taking it seriously.

You probably read his announcement as I did: What is Trump talking about? What would this army do, exactly, other than standing around staring at voters, particularly voters of color, to intimidate them? How would sending this army out actually prevent widespread fraud – are they going to check voter signatures (against what?) or fix voting machines that break during the night?

Don’t state officials run elections? Doesn’t the Justice Department and other independent of bi-partisan groups already check up that, say, a precinct doesn’t report twice the number of tallies as registered voters? What fraud exactly does Trump expect to rebut?

Last week, a federal judge in Pittsburgh, a Trump appointee incidentally, ordered the Trump campaign to produce proof of widespread fraud in its challenge of Pennsylvania’s plans to distribute mail ballot applications. The campaign turned in 500 pages, reflecting almost no fraud.

Other states are lining up behind the nine that have always sent out mail ballot applications, out of consideration of public health issues during coronavirus. Still, Trump has bleated about fraud, apparently unwilling to distinguish between ballot applications and actual ballots, which contain multiple confirmation signatures that are checkable against registration records.

Trump says, wrongly, that people may submit mail-in ballots and still show up to vote physically, effectively illegally voting twice. Again, since he votes by mail, perhaps he doesn’t know about checking in with poll workers with signature books.

Trump’s appointment of Louis DeJoy as postmaster general has resulted in upheaval over slowed mail, just before an avalanche of mail ballots. DeJoy faces Congress this week to explain that this isn’t raw politics at work to suppress votes.

This week too, Politico.com reported  that in a private meeting days before his inauguration, Trump told a group of civil rights leaders that lower turnout among Black voters did, in fact, benefit him in the 2016 presidential election.

Now, we’ve arrived at an announced tactic of deploying a Trump army.

It’s a pattern to impede how people vote, with comments and flailing directives to undermine confidence in this election in which Trump is behind. Trump has made false claims about of mail-in balloting, has threatened to delay elections, to withhold money from states that send out mail ballots, to cut money for the Post Office.

As it turns out, the president has limited authority to order law enforcement to patrol polling places. Sheriff’s deputies and police officers are local, of course, and a federal law bars U.S. government officials from sending “armed men” to the vicinity of polling places.

The Washington Post reminded us that nearly 30 years ago, a Republican Party program that dispatched off-duty police officers to patrol polling places in heavily Black and Latino neighborhoods in New Jersey triggered accusations of voter intimidation, particularly aimed at people of color. That practice resulted in a federal court agreement, expired two years ago, that restricted how the national GOP could observe voting. Trump apparently is reviving that idea,

Of course, Trump’s exhortations may prompt local officials to act on their own in states where there already are active voter suppression campaigns, like North Carolina and Georgia.

Officially, Matthew Morgan, general counsel for Trump’s reelection campaign, said that “Republicans will be ready to make sure the polls are being run correctly, securely, and transparently as we work to deliver the free and fair election Americans deserve.” The campaign apparently hopes to recruit 30,000 poll-watchers in battleground states.

The Voting Rights Act outlaws the intimidation or coercion of voters, including tactics to deploy sheriff’s deputies and police officers to the polls.

Under federal law, poll-watching has been done by bipartisan or independent civic groups, with a unit of the Justice Department at hand to enter where problems arise.

With all of this going on, both parties are recruiting lawyers by the dozen for the inevitable set of legal challenges that will come after Election Day.

Obviously, an outcome by a substantial majority will make resolutions easier than a close race.

Nothing about a Trump election is ever clear