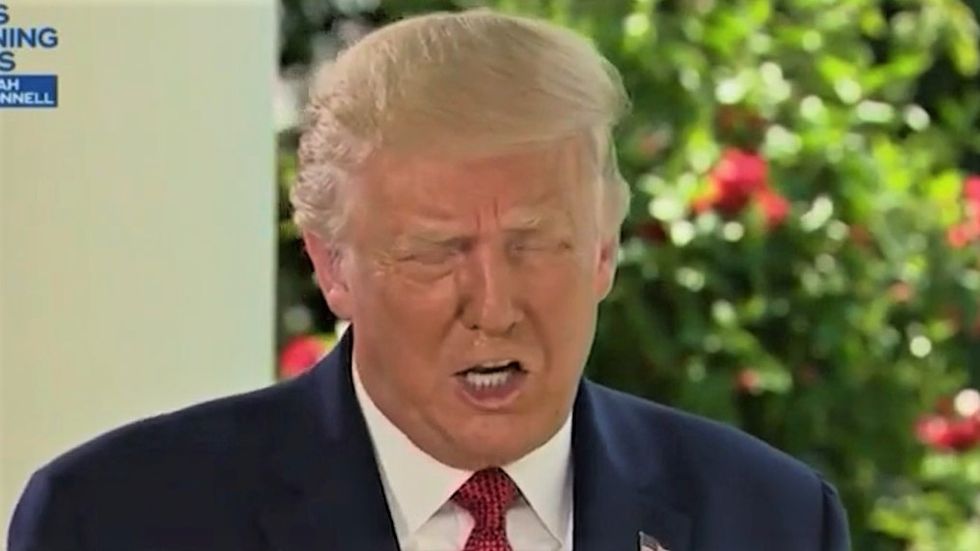 Two weeks after claiming Biden would destroy the "Suburban Lifestyle Dream," the president insisted the "suburban housewife" demographic he needs for re-election would support his law-and-order campaign theme.

"The 'suburban housewife' will be voting for me," Trump tweeted. "They want safety & are thrilled that I ended the long running program where low income housing would invade their neighborhood."

"Biden would reinstall it, in a bigger form, with Corey Booker in charge!" he tweeted. 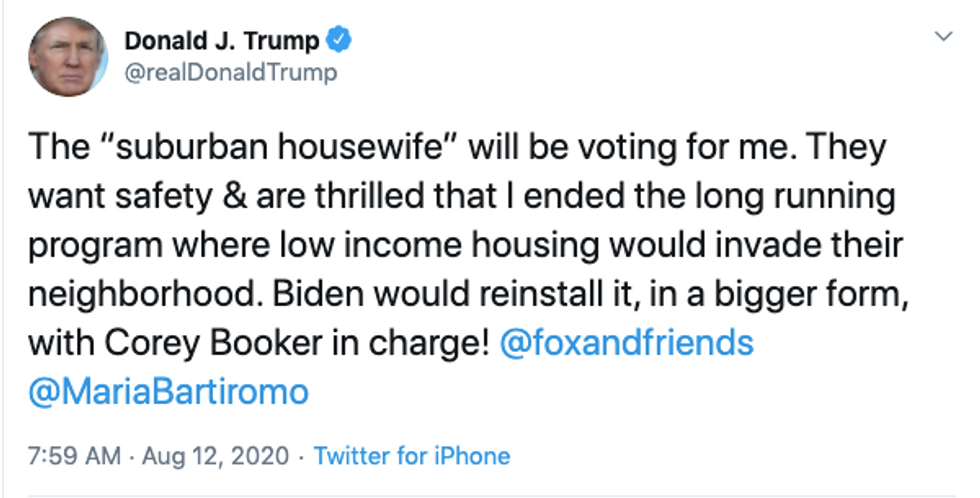