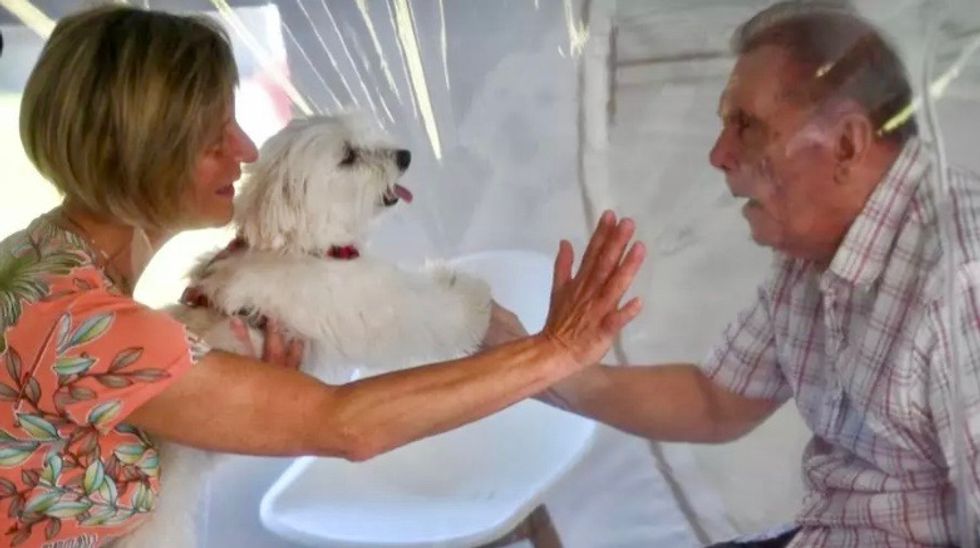 A number of troubled Florida nursing homes connected to a top fundraiser for President Donald Trump raked in federal aid as residents died from the coronavirus.

Nursing home operate Eliezer Scheiner raised about $3 million late last year from the president, including his own $750,000 donation, and wrote another check for $50,000 to another pro-Trump committee in May, reported McClatchy.

"The efforts appear to have already paid off," the news organization reported. "The Florida facilities have received between $29.5 and $47 million in competitive federal coronavirus relief funds as part of the federal CARES Act, on top of increased federal reimbursements for testing and up to $8.6 million in additional federal funds distributed to nursing homes, according to a set formula."

Of the 24 Florida facilities tied to Scheiner and Lichtschein, who distance themselves from liability and regulatory control through a complex corporate structure, more than a third are on the state's Watch List for troubled nursing homes.

Health regulators reported 114 verified complaints at those facilities November 2016 and November 2019, according to state records.

More than 100 residents and employees have died from COVID-19 at nursing homes linked to the pair, according to a Miami Herald analysis -- which found those were among the highest death totals at any network of facilities in the state.

Twenty-one of the 24 homes tied to Scheiner and Lichtschein took in between $14.5 and $32 million combined in paycheck protection program loans -- the most of any nursing home operator in the state -- in late April and May.

Recipients are supposed to show many jobs were saved with the loans, but data released by the U.S. Small Business Administration shows zero jobs were retained on 20 of those 21 loans.