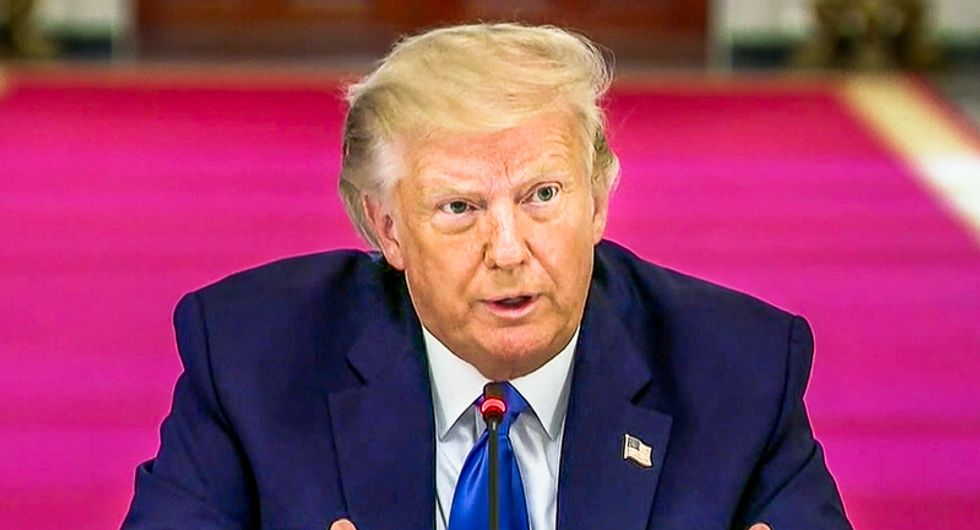 President Donald Trump says he is allowing Microsoft to purchase the U.S. assets of the popular Beijing-based TikTok social media video sharing app, in a sale Trump personally is forcing.

In discussing what he sees as the broad portions of an agreement the President used a real estate term to openly solicit the payment that would have to be made to the U.S. Treasury.

"I said a very substantial portion of that price is going to have to come into the U.S. Treasury of the United States, because we're making it possible for this deal to happen," Trump told reporters Monday afternoon.

"Now they don't have any rights, unless we give it to them," Trump continued. "If we're going to give them the rights then it has to come into this country, it's a little like the landlord-tenant. Without a lease, the tenant has nothing, so they pay what's called 'key money' or they pay something, but the United States should be reimbursed."

Trump is actively forcing the sale of a foreign-owned company, after announcing he would ban it over the weekend. And now that he's forcing the sale, he's saying the U.S. should get a "substantial" cut from the sale of the company – or he will not allow it to go through.

In some states and certain situations, "key money" is illegal.

It is not known if any other U.S. company purchasing a foreign asset or company was ever required to pay what effectively sounds like a bribe.