Trump pal stunned by president’s trainwreck interview with Axios: I cringed, I despaired and then I felt angry 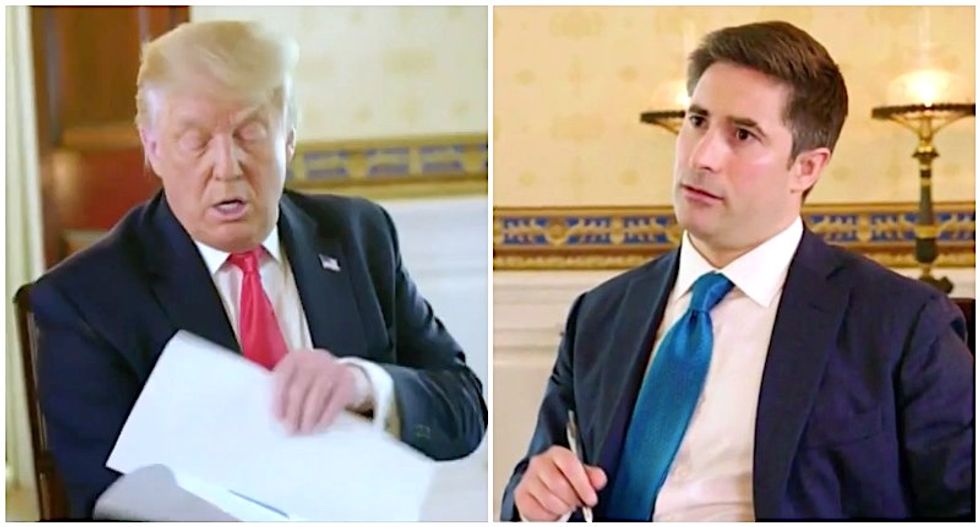 In an op-ed published at The Daily Mail this Tuesday, Piers Morgan gave his thoughts on President Trump's recent interview with Axios, saying it was a moment where the whole world could finally see the true character of Trump.

"For President Donald J. Trump, there have been many grim moments during his catastrophic handling of the coronavirus pandemic that may end up defining his presidency," Morgan wrote.

According to Morgan, Trump's "toe-curling" interview with Axios's Jonathan Swan exposed "just why the US has become a horrifyingly bad template for how NOT to combat Covid-19."

Morgan was also taken aback at how detached Trump seemed in the face of a pandemic that has caused so much suffering for so many Americans. "No empathy, no apology, no expression of sorrow," Morgan wrote. "Just a heartless, dismissive shrug."

"The problem for Trump in this crisis is that the stats don't lie like he does."

Morgan said that the interview was so absurd that some people had mistaken it for a comedy sketch.

"I didn't laugh," he wrote. "Instead, I cringed, I despaired, and then I felt angry."

Morgan has been friends with Trump for more than a decade and supported him throughout his 2016 campaign. But the British media personality has become increasingly critical of the American president.

Read the full op-ed over at The Daily Mail.