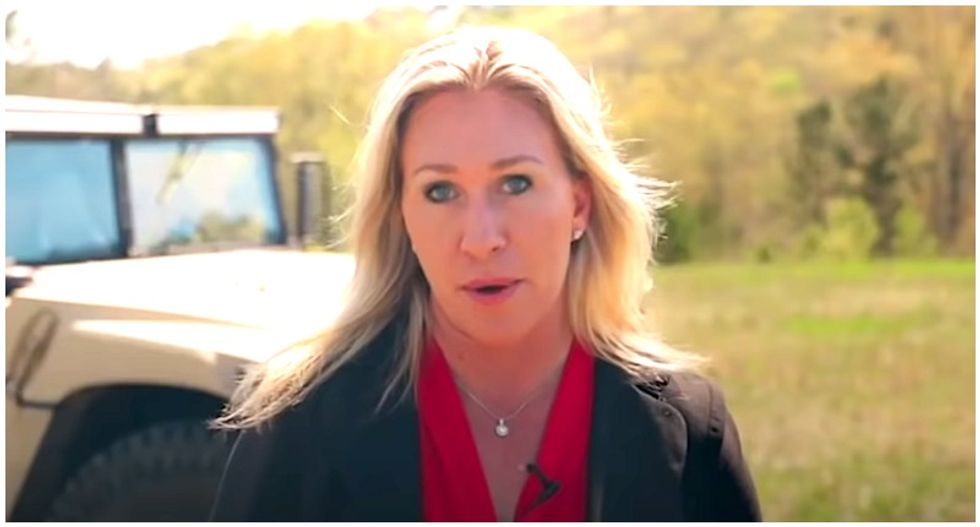 Marjorie Taylor Greene is on the verge of becoming a Republican member of Congress. She also is an adherent of the QAnon conspiracy theory. But that hasn't stopped President Trump from praising her as a "real winner" after her primary victory.

It turns out that QAnon, which claims that Hollywood and D.C. elites are involved in Satanic child sex trafficking rings, apparently isn't the only conspiracy theory that Greene believes in. She also apparently believes in the claim that the U.S. government was behind the attacks on September 11, 2001.

"Barack Obama becomes president in 2008, okay? By that time in our American history, we had George Bush for eight years ... we had witnessed 9/11 ... the terrorist attack in New York and the plane that crashed in Pennsylvania, and the so-called plane that crashed into the Pentagon," she said on a recent webcast. "It's odd there's never any evidence shown for a plane at the Pentagon."