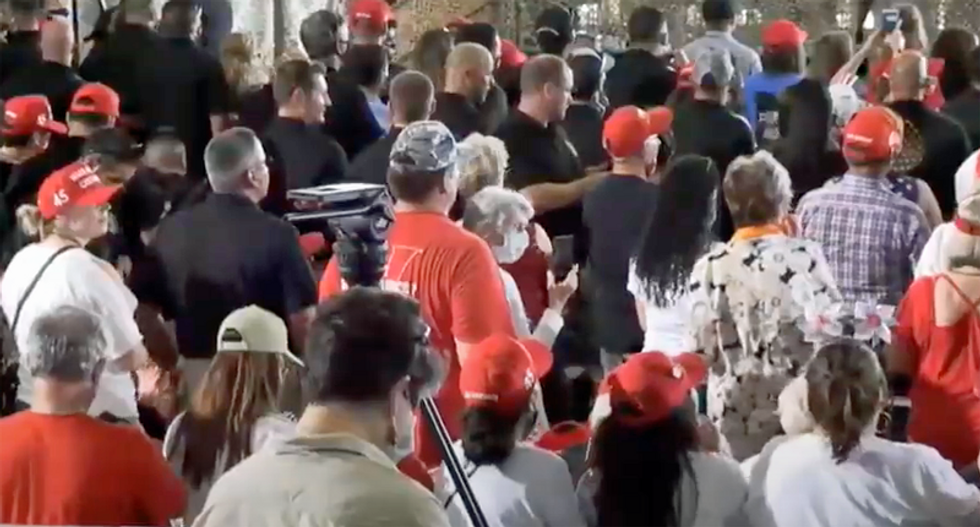 President Donald Trump held an indoor event in Yuma, Arizona on Tuesday to celebrate the border wall he falsely promised would be paid for by Mexico.

People on the scene noted the lack of social distancing and mask-wearing by the large crowd who gathered in triple-digit temperatures to attend Trump's rally.

Here's some of what people were saying about Trump's event:

@VaughnHillyard Yuma County was among the top 5 in AZ for Covid infections ... where are their damn masks. #MaskUpAZ
— Janet Marcotte (@Janet Marcotte)1597772327.0

VIDEO: People waiting in line to see @realDonaldTrump in #Yuma clapped as buses arrived to transport them to the ha… https://t.co/H9L8SHzOa6
— Rafael Carranza (@Rafael Carranza)1597773749.0