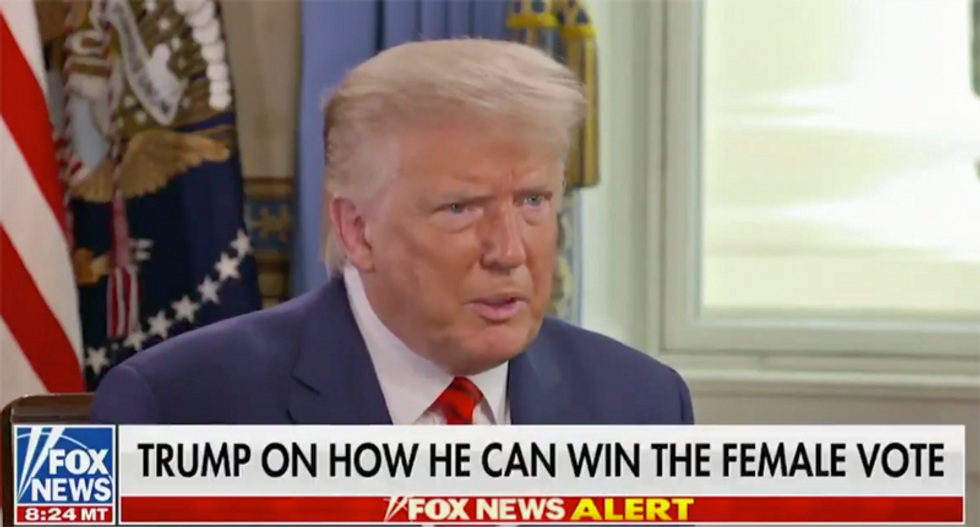 Trump continued with his effort to woo the voting block he describes as "suburban housewives" by ignoring Ingraham's observation that what he was saying in the interview seems to be exactly what turns women away from Trump.

Trump went on to claim that Black Americans appreciate his law and order message because "they want police...they've gotten along with the police."