Trump tried bullying schools into reopening -- and now it's blown up in his face: NYT 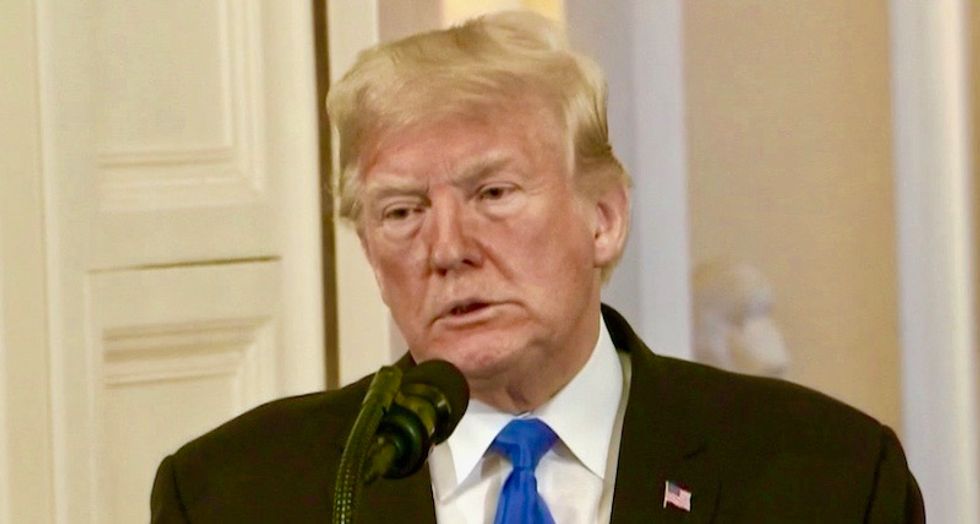 President Donald Trump's attempts to bully public schools into opening their doors during the novel coronavirus pandemic appear to have backfired.

A new report from the New York Times documents how Trump's aggressive push to force schools back open without offering a plan to do so safely has only hardened opposition from teachers unions who have complained that the current state of the pandemic makes going back to class too risky to their members' health.

LeeAnne Power Jimenez, the vice president of the Tulsa Classroom Teachers Association and a member of the state union’s Republican caucus, tells the Times that she has been "frustrated" by Trump's approach to schools, which she said appeared to be driven more by political considerations than public health policy.

"[We] need to hear that our lives are important," she said.

Rick Hess, the director of education policy at the American Enterprise Institute, similarly tells the Times that Trump's angry tweets about opening schools were the perfect weapon that teachers unions could use to make their arguments about staying closed.

"If you had told me that Trump was doing this as a favor to the schools-must-not-open crowd, I’d believe you," he joked. "I thought it was really good and useful to have someone with a big megaphone make those arguments... but he made them in such a five-thumbed, unserious, reckless way."