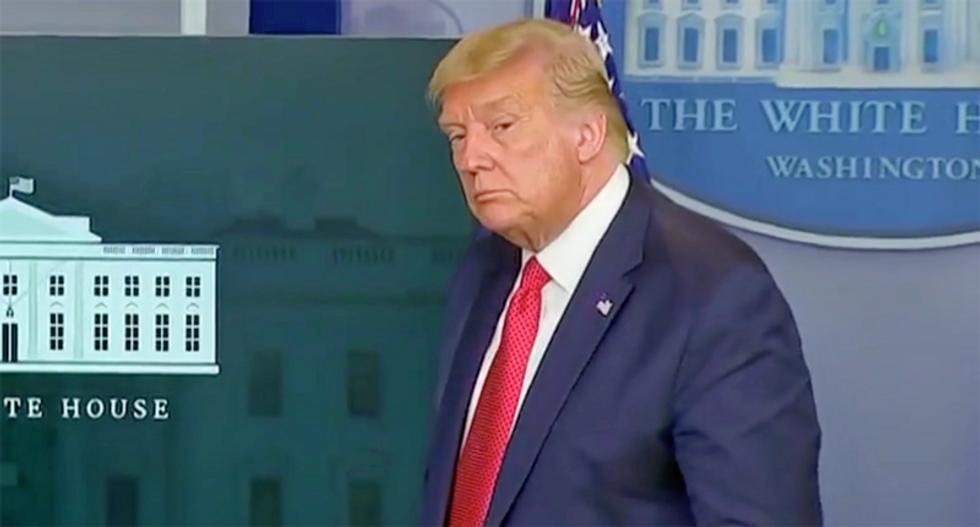 Professors have asked President Donald Trump's alma mater to investigate his admittance to the university decades ago based on "new evidence" revealed by his niece.

Eric Orts and five other faculty members have renewed their request that the University of Pennsylvania to look into Trump's transfer into the school in 1966 after his niece Mary Trump claimed in her recent book that he had paid someone else to take his SAT exam, reported the Washington Post.

Penn's provost told Orts on July 20 that the admissions process had taken place too long ago to make an investigation possible, but added that might be possible if new evidence surfaced to substantiate Mary Trump's claim.

Orts said he contacted provost Wendell Pritchett again after the Post published audio recordings made by Mary Trump of her conversations with Maryanne Trump Barry, her aunt and the president's older sister, that detailed the admissions scheme.

“I drove him around New York City to try to get him into college," Barry said. "[He] went to Fordham for one year [actually two years] and then he got into University of Pennsylvania because he had somebody take the exams.”

Barry also told her niece that she'd done the future president's homework for him before he was admitted to Penn.

Orts emailed that audio recording to the provost, but said he had not yet gotten a response to the new evidence.