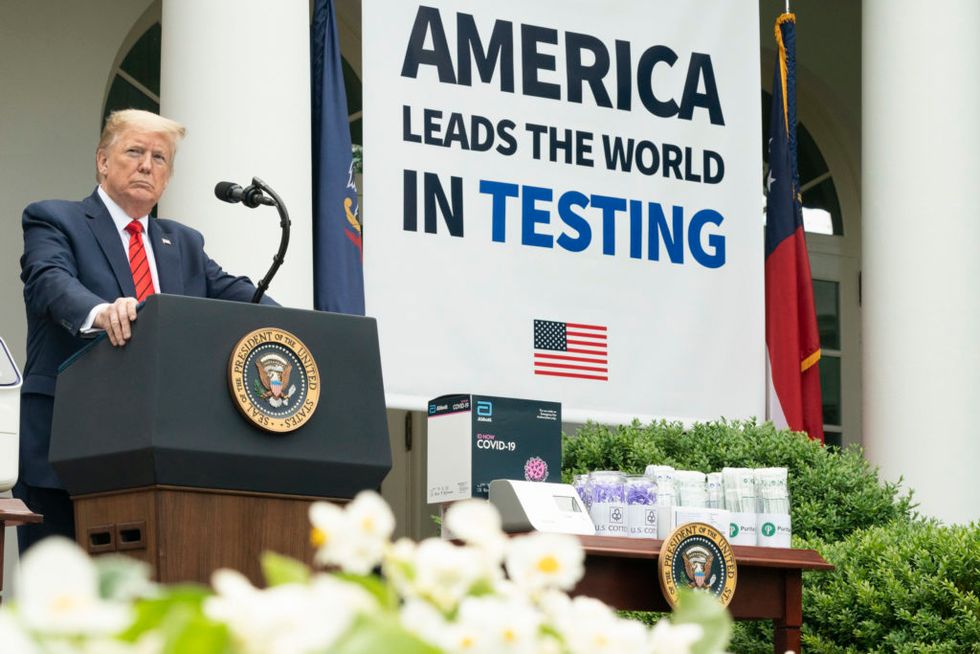 Washington Post reporter Philip Bump on Monday zeroed in on President Donald Trump's latest attacks on his own administration's public health officials in an attempt to portray the COVID-19 pandemic as under control in the United States.

Even though 155,000 Americans so far have died from the disease, the president is still trying to put a rosy spin on the situation with false claims about increased testing being the sole reason that cases have exploded in recent weeks.

Bump also takes the president to task for claiming that a recent surge of cases in Australia shows that America isn't the only country struggling with the disease, when in reality Australia is still seeing vastly fewer cases per one million people than America is.

"[Australian state] Victoria has been averaging 482 new cases per day over the past week, according to Johns Hopkins, 73 per million residents," writes Bump. "Of Florida's 67 counties, three (Broward, Miami-Dade and Palm Beach) are currently averaging more daily cases than Victoria saw in the past 24 hours. Sixty-six of Florida's counties are seeing more cases each day on average as a function of population. In Texas, there are four counties with more cases and 187 of 254 counties with more cases as a function of population."

Bump argues that this kind of delusion may prove especially disastrous if the president forces the nation's schools to reopen without getting the virus under control.

"That risk has been demonstrated repeatedly in recent days: Broad transmission of the virus among children at a camp in Georgia," he writes. "A school reopening in Indiana that resulted in an immediate shutdown after a student tested positive on the first day."