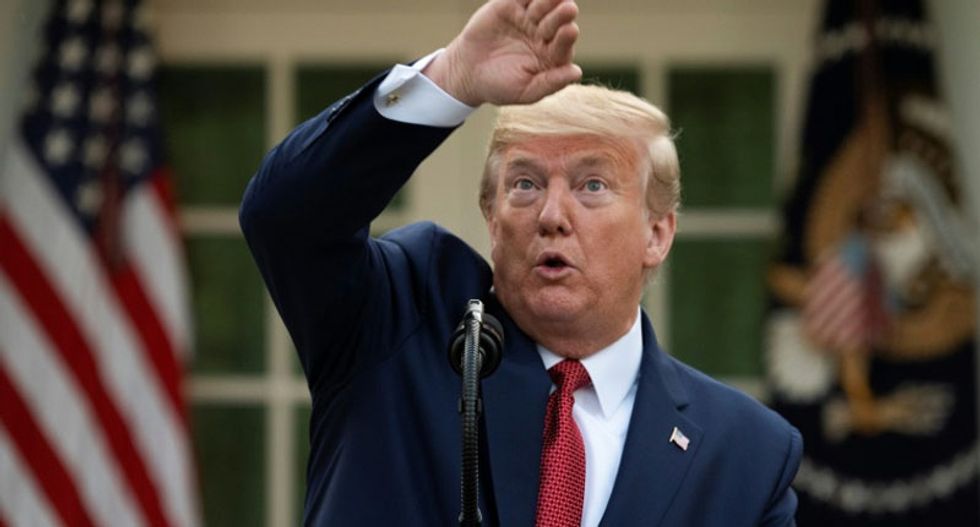 In a column for CNN, editor-at-large Chris Cillizza claimed that a series of answers given by Donald Trump to various media outlets about his second term plans if re-elected paint a portrait of a president who can't see past tomorrow.

That, he speculated, would mean for more years of chaos that would mirror his first four years.

Submitting transcripts of Trump attempting to articulate a vision of what he has to offer the country should he beat Democratic presidential nominee Joe Biden in November, Cillizza took note of a recent Trump question and answer session that yielded an answer the CNN contributor called "literally unintelligible."

Asked by the New York Times' Peter Baker about his second term plans, Trump replied, "But so I think, I think it would be, I think it would be very, very, I think we'd have a very, very solid, we would continue what we're doing, we'd solidify what we've done, and we have other things on our plate that we want to get done."

According to the CNN columnist, "Yes, that's the quote. And no, it makes no sense."

As Cillizza points out, Trump's inability to answer a simple question -- after being asked multiple times -- is not surprising but it is worrisome.

"Trump has repeatedly struggled to articulate why he wants a second term -- and what he would do with it -- over these last few months," he wrote. "Trump's answers about his second term tend to be a recitation of what he did in his first term -- and then sort of a vague promise to do, uh, more of that. Or, in the words of Vice President Mike Pence at the Republican convention on Wednesday night: 'Make America Great Again. Again.'"

Elaborating, the CNN analyst wrote, "Trump has never been a big planner -- or someone who sees long-term. Trump is -- and has always been -- far more reactive than proactive. He isn't someone any sort of blueprint he is following or even a general sense of where he would like a day/week/month/year of his presidency to wind up. Things happen. He reacts. Then he reacts to the reaction. It's why Trump loves Twitter so much; he can gauge reaction in real time and then respond accordingly."

And, that, Cillizza wrote is more bad news for Americans.

"So, when Trump is asked about a second term, he's unable to come up with any sort of cohesive answer -- descending instead into a sort of laundry list of stuff he's done (or thinks he done) in his first four years, " he wrote before concluding, "The real answer of what a second Trump term would look like? Exactly like his first term: Seat-of-the-pants decision-making, policy being created to fit a spontaneous tweet and lots (and lots) of chaos."