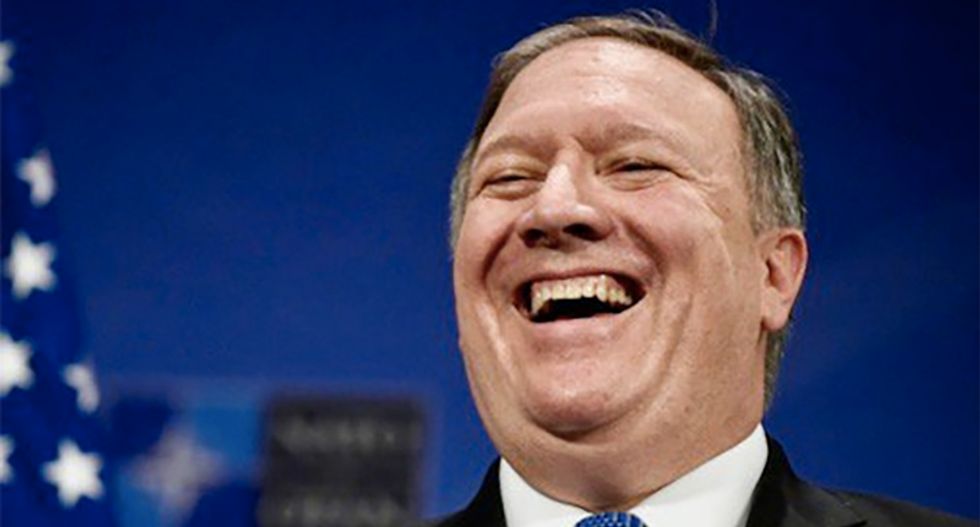 President Donald Trump's White House is breaking the Hatch Act law non-stop throughout the Republican Convention this year. Given that the White House governs its own violations of the law, it isn't likely that the president will do anything to stop his appointees and other government staff who use their position to promote the president.

One thing that the Hatch Act does detail, however, is that there's no statute of limitations on those who violate the law. A 2012 update to the Hatch Act added penalties to the law giving it more teeth than previously.

"It's been the death penalty to your federal career," the Baltimore Sun cited ethics lawyer Kathleen Clark, who also serves as a law professor with Washington University in St. Louis.

According to the Hatch Act Modernization Act of 2012, "workers still may be fired or suspended, but the menu of potential penalties now includes a reprimand, reduction in grade, a fine of up to $1,000, and a ban from federal employment for up to five years."

Steve Bannon was fired from Breitbart, started his own border wall scam, and was indicted. Former foreign policy adviser Sebastian Gorka and ex-ICE chief Tom Homan landed gigs as commentators, but they were on obscure conservative media outlets. Hope Hicks was considered a "pariah" when she tried to move to Hollywood after working for Trump. She, too, was forced to go to Fox News before coming back to the White House.

So, if these staffers can't find work, being fined $1,000 for every Hatch Act violation could make things uncomfortable. Secretary Mike Pompeo is already under investigation by Congress for his use of taxpayer dollars to travel to Israel, where he taped his address, claiming he wasn't speaking at the secretary but as a husband and father.

The Hatch Act was set because government officials shouldn't use taxpayer dollars to promote political people and ideologies. Officials are always told to speak on behalf of the American people, all of them.