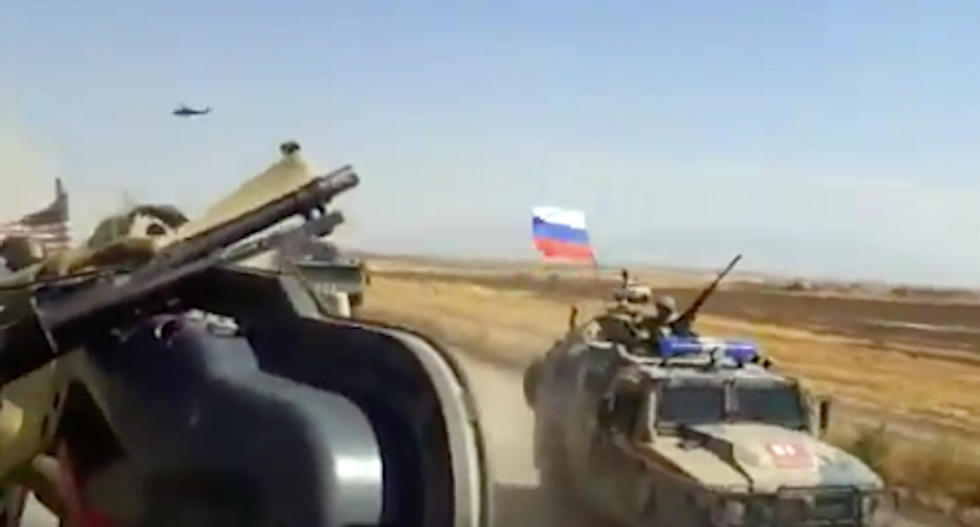 Four U.S. service members were injured during an altercation in northeast Syria with Russian forces.

The service members suffered mild concussion-like symptoms after the incident, according to a draft Pentagon statement reviewed reviewed and reported by Politico.

Videos of the encounter posted on Twitter appear to show a Russian vehicle ramming an American vehicle as a Russian helicopter flies low over U.S. troops.

About 500 U.S. troops remain in Syria, where they're fighting alongside the Syrian Democratic Forces against what's left of the Islamic State militant group.