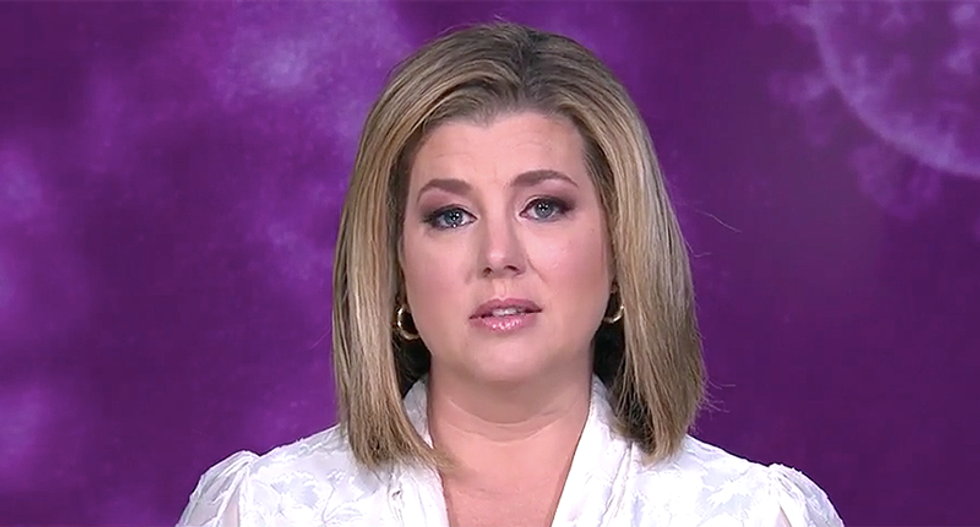 CNN host Brianna Keilar is among many whose heart is aching for the loss of the 160,000 Americans who have died prematurely from the coronavirus.

During her Friday show, Keilar explained that every 70 seconds, an American is dying from the coronavirus. "There are lives behind the numbers."

Like many reporters, Keilar has shown some of the victims of the virus, telling their stories and how their lives were tragically cut short, leaving behind heartbroken families.

She remembered two couples, who died just days apart from each other. One was described as being like the couple from the film "The Notebook," while the other left behind a 17-year-old son. She continued naming other individuals, showing the husband of one man who said that he willingly caught the coronavirus because he wasn't going to let his partner die without kissing him and feeling their faces touch.

But it was the father who died on his daughter's 10th birthday that really got to Keilar, letting her voice wavier as she continued to cite the names of those lost.

"While you've been watching this, three Americans have died. That's not just a number that we have been putting on the screen," she explained. "These are Americans."

See the wrenching video below: