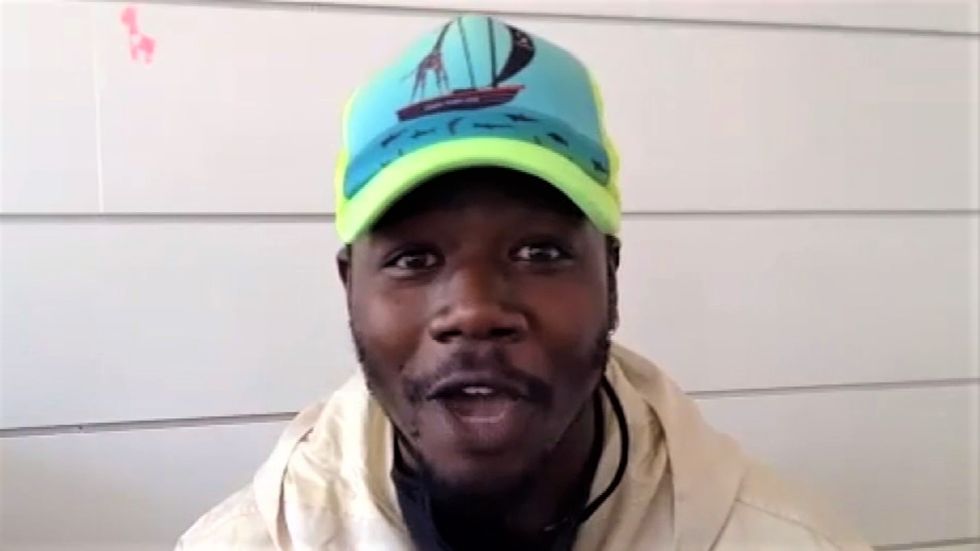 Police in Tiburon, California were caught on video this week demanding that a Black businessman prove that he owned his own store -- even though the store itself featured his photograph hung on the wall.

Local news station ABC 7 reports that Yema Khalif, owner of the Yema clothing brand and store, was approached by local police while he was working late inside his business at around 1 a.m. on Saturday.

"This particular day we had just received a huge inventory and we just wanted to come out and put the inventory out before Saturday morning," he explained to ABC 7.

In a video filmed by one of Khalif's friends, the officer can be seen implying that it's suspicious for Khalif to be working at his own store.

"This street closes at 9 o'clock at night and there's never anybody in here," the officer said. "This isn't regular business hours, there's no customers in there. Is it your store that's all we want to know? I want to know what you're doing in the store at 1 o'clock in the morning."

"If I tell you it's my store then what?" Khalif asked.

"Then show me that it's your store," the officer replied.

"I do not have to show you nothing," Khalif responded.

The officer also tells Khalif that he should be "grateful that we're being as diligent as we are to look out for the street."

The police eventually went away after a neighbor yelled, "That's his store" at them.