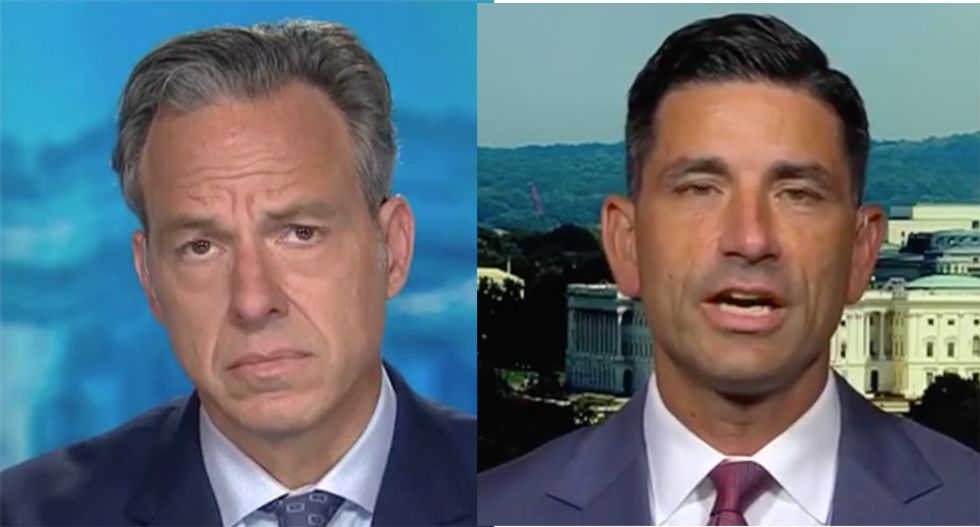 In an interview with CNN's Jake Tapper, acting Department of Homeland Security head Chad Wolf repeatedly refused to say if he has discussed Russian election meddling with Donald Trump.

With the "State of the Union" host sharing a clip of former DHS Chief of Staff Miles Taylor stating Russia was off-limits when speaking with the president, Tapper asked Wolf if he was afraid to bring the country up in his meetings with Trump.

"So President Trump does recognize that Russia is trying to interfere in the election and you don't have any trouble introducing that subject to him when you talk about it and the president is engaged and wants to make sure that it doesn't happen?" Tapper asked.

"I don't have any issue with bringing up any subject with President Trump on a wide variety of DHS issues and we discuss a lot of those issues every week," Wolf replied. "So, no, there's never been any issue from my perspective or bringing up any issue to include Russia, to include the election security and the election security efforts the department's doing every day to keep our elections safe and secure."

"And the president accepts that Russia is trying to interfere in the election again?" the CNN host pressed.

"Well, again, to my knowledge, absolutely," the Trump appointee demurred. "I'm going to let the president and the White House speak for themselves on that. But I've seen the intelligence and the intelligence assessment back in 2017. Recent statements as late as August of this year, earlier this month from the ODI that continues to talk about China, Russia and Iran continuing to try to meddle in the 2020 elections."

"Have you brought up Russia with the president?" Tapper asked.

"I have been in numerous conversations with the president about election security in a number of nation-states have gotten discussed," Wolf replied.

"A number of nation-states have gotten discussed, yes," Wolf repeated.

"Okay, you're not really answering the question about Russia, but let me move on," Tapper replied.