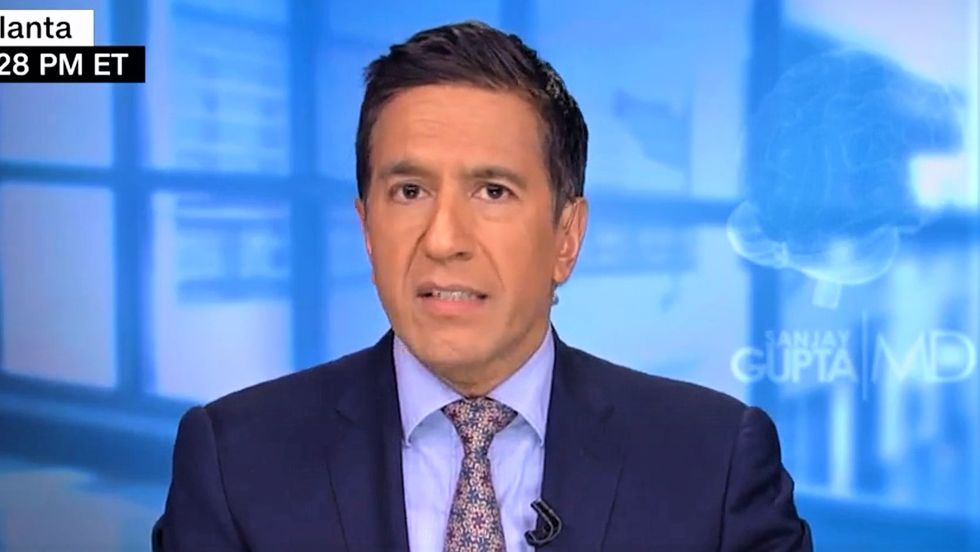 It was just days ago that the Food and Drug Administration refused to move forward with the convalescent plasma being used as a treatment for COVID-19. By Sunday, however, the FDA authorized it after President Donald Trump accused the staff of being part of the "deep state."

Speaking to CNN on Sunday, Dr. Sanjay Gupta noted that the emergency approval of plasma as a therapeutic treatment of the virus might have come because they suddenly had the data available to confirm that it was a verified treatment. If it wasn't authorized

"It's a little confusing, Wolf, to be honest," said Dr. Gupta. "I don't think this is a huge breakthrough in the sense that as Dr. Hahn mentioned, this convalescent plasma has been available and used under the expanded access programs, so this is a therapy out there and correctly as mentioned has been used to treat every infectious disease. The confusing part is, as you know, a couple of days ago the FDA put the brakes on an emergency use authorization, looking at the same data that came out of the Mayo Clinic and there weren't a lot of randomized trials, right? You put some people in a group, and they get the medication, another group of similar people don't get the medication and compare them. If you don't randomize control, you don't know."

Dr. Gupta noted that the data still isn't available from the trials and what the FDA used to understand that they should issue an emergency authorization.

"What confused me, Wolf, they said they put the brakes on it, but today it's full steam ahead with the emergency use authorization," Dr. Gupta continued. "Sources on the Task Force said they hadn't seen any new data and what inspired the significant change in a couple of days from no emergency use authorization to going forward on a Sunday night. We need that data, Wolf."

The New York Times last week cited Dr. Anthony Fauci, Dr. Clifford Lane (both at NIH), and Dr. Francis Collins, all who said that there wasn't enough data to move forward on the use of the plasma. It was announced just four days ago it was "on hold" and Gupta wants to know what changed.

"That's the thing I think as medical reporters were sort of trying to grapple with, looking at the evidence saying here is the evidence that you were looking at," Dr. Gupta explained. "Now it's Sunday night. Was there new evidence submitted? See, the thing is, Wolf, there are observational studies to say, 'Tens of thousands of people here use this and observe it to say these people over here if they get it within three days, if they're not on a ventilator, under the age of 80 seem to be doing better,' but that's not the sort of data that's typically the standard by which you make the authorizations."

He explained that it's essential to have evidence to show the plasma is working because randomizing patients with tons of different therapeutics doesn't help researchers discover which is more or less able to help.

"You want to make sure that it was the convalescent plasma itself working," said Dr. Gupta. "I can tell you again, talking to sources close to the task force, they didn't see any new data. You mentioned Dr. Collins and Dr. Fauci. I don't know if anybody else on the task force saw the data over the last few days, and this is a nuanced point, but once you issue the emergency use authorization, it is going to make it more challenging to actually do the randomized trials. Why? Because everybody then obviously wants this plasma. So, how do you then separate people into groups to get it and not get it? So, you know, it is going to be in the sort of gray area with no clear evidence that it actually works."