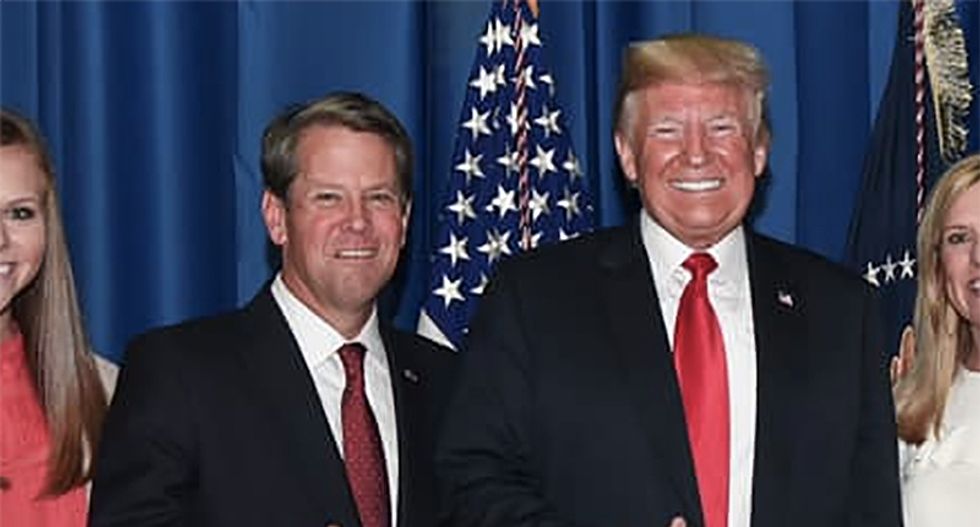 Gov. Brian Kemp was among the last to issue a shelter-in-place order and aggressively reopened his state's economy after the COVID-19 lockdown at the encouragement of the president, but now Trump's public health experts say Georgia bars, gyms and nightclubs should be closed in the highest risk counties, reported the Atlanta Journal-Constitution.

“Current mitigation efforts are not having a sufficient impact,” the task force warned in a new report.

Trump and Vice President Mike Pence repeatedly told Kemp they approved of his reopening plan until the president abruptly disavowed the Georgia governor after his health advisers warned him it was too risky.

Public health officials and Democrats have urged Kemp to implement a statewide mask order, as all but 16 states have done, and the White House task force called for new restrictions on restaurants and social gatherings to inhibit the spread of the deadly virus.

Kemp has resisted a statewide order as unenforceable and has prohibited cities from enacting mask mandates or any other measures stricter than his, although he withdrew a legal challenge Thursday to Atlanta's mask order and will instead issue a new order prohibiting local governments from imposing mask requirements on private businesses.

The newspaper obtained the recommendations for Georgia dated Aug. 9, and public health experts and some state lawmakers asked why those have not been released to the public.

“He needs to adhere to the science. He says he’s looking at data, but I’m asking what that data is telling him,” said state Rep. William Boddie (D-Atlanta). “Georgia is in the top tier of COVID-19 cases in the country. It doesn’t make any sense to me. We need to mandate masks and a uniform way of attacking the coronavirus. And it has to start with him.”

Even some Republicans are urging the governor to do more.

State Rep. Chuck Efstration (R-Dacula) said Thursday that he would introduce legislation next year to speed up the availability of same-day coronavirus testing and create a certification for businesses that comply with safety guidelines.

Georgia has been among the hardest-hit states since the pandemic began, reporting a weekly increase for nine out of 10 weeks through mid-July and peaking at 25,471 cases the week of July 12.

The White House task force identified Georgia as one of 21 states in the red zone, with a rate of spread nearly twice the national average.