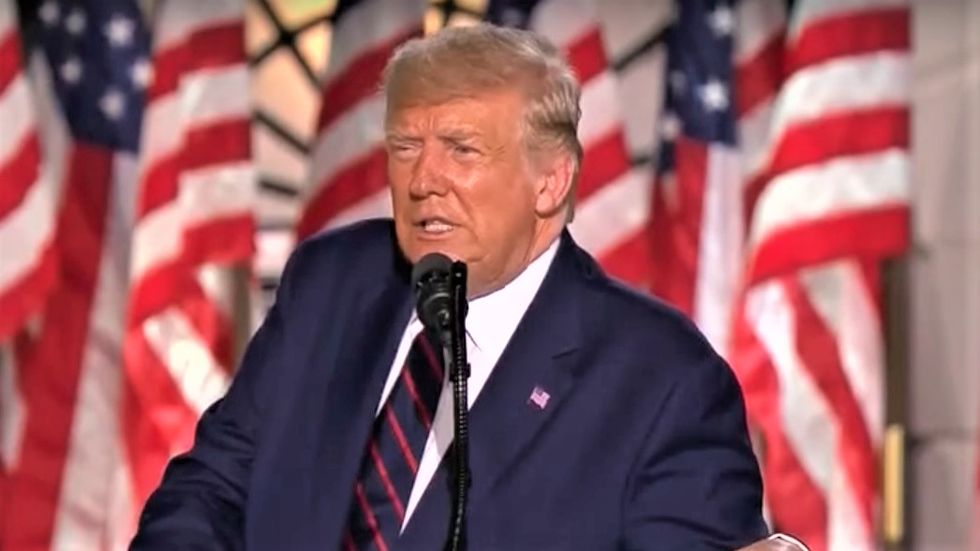 Conservative author John Podhoretz says that he found himself surprised at how well the 2020 Republican National Convention had gone for his party -- until, that is, President Donald Trump delivered his acceptance speech on the White House lawn on Thursday.

Writing in the New York Post, Podhoretz argues that "Donald Trump came out and laid an egg in what may have been the worst convention speech of my lifetime," and he calls out the president in particular for failing to build a case against Democratic rival Joe Biden.

"When it came to going after Biden, he couldn’t find a common thread," he writes. "Once again, rather than building an indictment that would then not only justify but hammer home his climactic soundbite -- 'You won’t be safe in Biden’s America' -- he provided a dog’s breakfast."

Podhoretz also slams Trump for badly stumbling over his own administration's handling of the novel coronavirus pandemic.

"At one point he garbled his words and said, 'Thanks to advances, we have pioneered the fatality rate' -- when he wanted to say that pioneering advances have led to an 80 percent drop in the fatality rate since April," he writes. "A convention speech watched by tens of millions is not the greatest time to slip up in this way. You don’t want your most memorable moment to be a mistake."

The bottom line, he argues, is that the president was something that he normally isn't: "Boring."