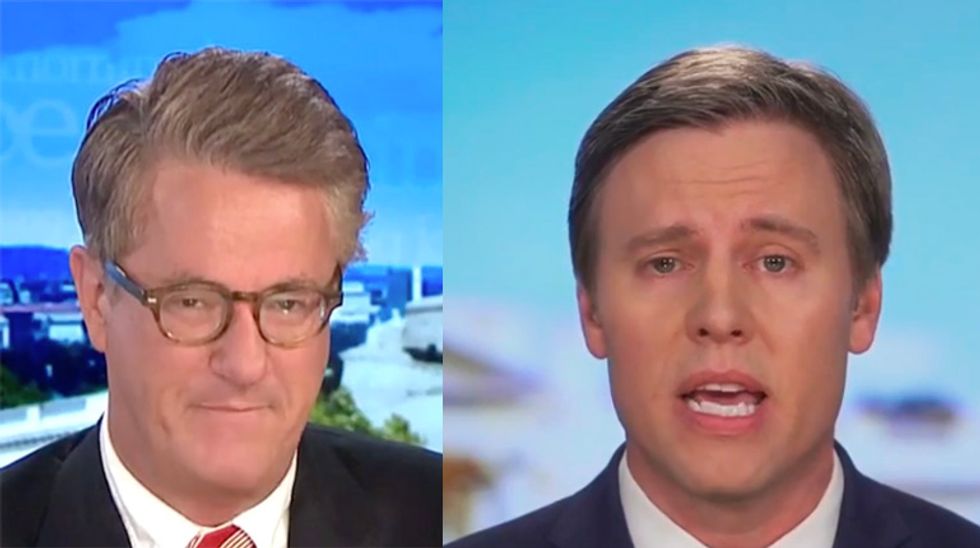 On MSNBC's "Morning Joe," co-host Joe Scarbrough took a shot at Donald Trump's new campaign manager who made his debut on Fox News on Monday for his comments about former Vice President Joe Biden,  saying he is pushing a line of attack that will blow up in his face.

During his appearance on Fox & Friends, Bill Stepien who recently took over the faltering Trump campaign, launched an attack on Biden saying you can "judge him" by the people he surrounds himself with.

After watching the clip, MSNBC host Scarborough said the campaign manager was making a big mistake.

"You just don't want to go there," the MSNBC host warned. "That was President Trump's newly promoted campaign manager making his first TV appearance yesterday, and he was talking about the people that Joe Biden surrounds himself with."

"I mean, you look at the number of people that have gone to jail lying for Donald Trump, you look at the fact that if Donald Trump weren't president of the United States he would likely have been on his way to jail because of obstruction of justice. It's really -- it's just staggering that the Trump people have so little to go after Joe Biden on," he added.