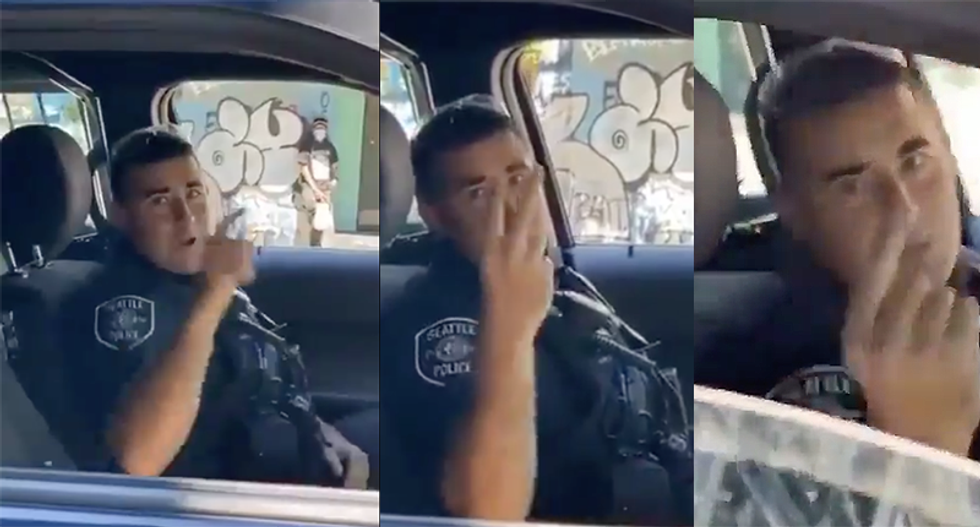 A Seattle police officer announced to protesters that he was leaving his job on the force, claiming that they had won.

The Daily Mail reported Sunday that the Black Lives Matter protesters were too much for one cop to handle emotionally.

"While the circumstances surrounding the video remain unclear, the officer, who is not named in the clip, is seen pulling up in a patrol vehicle next to a protester, winding down his window and appearing to sarcastically ask, 'having a good day today?'" the Daily Mail reported.

The activists responded, "Not really you're around."

The cop responds by saying he has good news, "I'm sorry for that. But just don't worry, man, 'cause guess what? I'm leaving. You guys won. F*cking two months, baby, and I'm out."

The two continue in a civil conversation before the person filming asks how he feels about leaving the force.

"I'm feeling great. I'm stepping down from this department. You guys won."

The filmer asks if he's stepping down because of police brutality, but the cop said, "no," he's leaving because he's tired of dealing with protesters.

Another protester steps in to fight with the officer, and he turns to drive off, but stops, gets out of the car and yells at another protester before pointing to the camera.

"This guy is resigning because of Black Lives Matter," the person holding the camera says.

"You triggered boy? You triggered," the person filming asks the cop. "Oink, oink. F*ck you and your blue life."

The officer says he can't wait until he can finally be friends with the guy once he quits his job.

"We'll never be friends,' the protester shouts. "We will never see eye-to-eye. I don't care if you take that badge off, you'll never be one of my people."