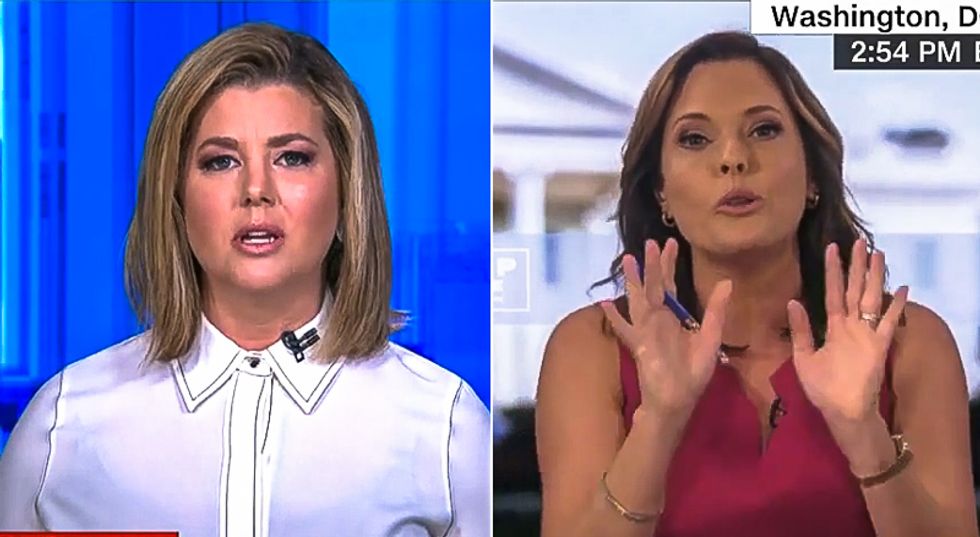 In an appearance on CNN, Schlapp opposed the idea of mail-in voting even though President Donald Trump had declared earlier in the day that "all" people should vote by mail in Florida.

Schlapp insisted that mail-in voting would lead to "fraud."

"It's statistically insignificant," Keilar pointed out. "It's not fraud, Mercedes. There is no evidence of fraud."

Schlapp asserted that people who support mail-in voting could be "taking advantage of our elderly."

"If someone were concerned about that but then they looked at the fact on mail-in and absentee ballots to fraud, they would see that it really doesn't exist," the CNN host said. "Because, as I spelled it out for you, it's statistically insignificant."

"You're raising something that doesn't exist," Keilar added. "Why are you doing that? Because it appears that it's just to sow doubt in the minds of people about whether their vote are going to matter."

"For the sake of America, we need to make sure every vote matters," Schlapp opined.

"And so why are you trying to ensure that some people won't be able to vote?" Keilar wondered.

After Schlapp refused to give her a straight answer, the CNN host called the interview "pointless."