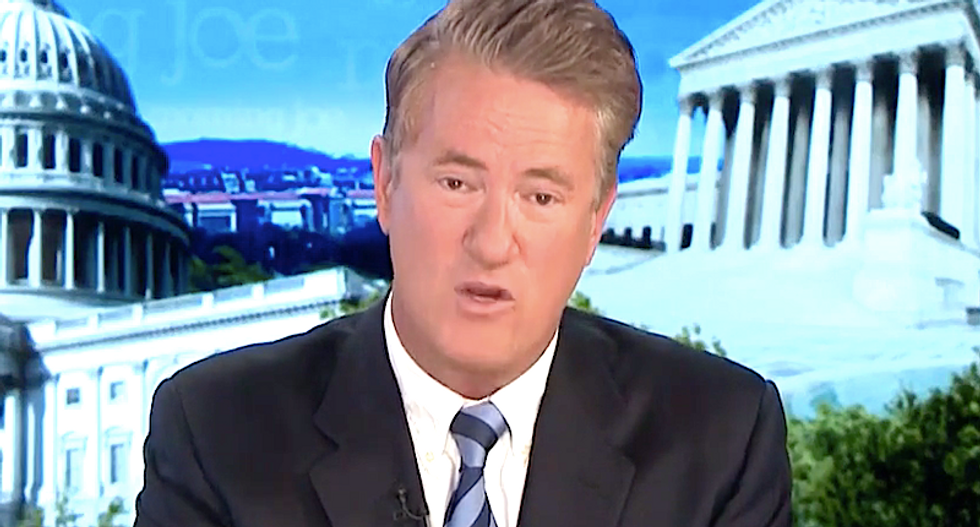 The coronavirus pandemic has killed more than 157,000 people in the U.S., and the "Morning Joe" host blamed the president and his Republican enablers.

"I'm trying to help you here," Scarborough said. "If there is chaos in November and you say no to giving the Post Office the money it needs, the funding it needs, to giving states the money [they need] to protect the American democracy this fall, it'll be another mark against you."

The GOP Senate majority and the White House are both in danger, and Scarborough blamed their failures of leadership in the face of a worldwide crisis.

"Americans keep dying because you didn't hold your president to account in March," he said. "Hell, you wouldn't even start wearing masks until recently. Some of your governors wouldn't let localities pass mask ordinances. What is that about?"

"You've screwed this up terribly," Scarborough added. "You're probably going to lose the presidency and the United States Senate and the House."