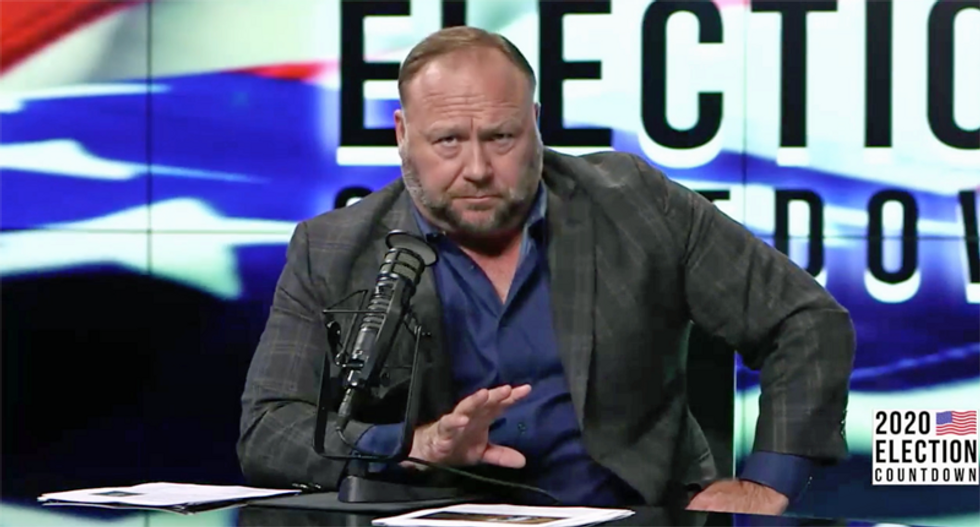 Video of Jones' Infowars show was posted online by the watchdog group Media Matters for America.

"And this, you know, I talked to a White House adviser as well, not just the two of the White House lawyers today, just in the last 30 minutes before we went -- when you were already live, I was talking to them," Jones claimed.

"And they said, look, the really sick math is they had her on life support, they could keep her alive with adrenaline and growth hormone and blood transfusions, and it was her wish to go ahead and die to get the vote out as a blood sacrifice because her main mission was to get abortion, which she helped get through, and that blood sacrifice that [Sen. Chuck] Schumer [D-NY] talked about, if you want a war, quit letting us have the blood of the babies, we need that satanic energy," Jones claimed.