Amy Coney Barrett's membership in her controversial 'covenant group' should be probed by Democrats: Catholic theologian 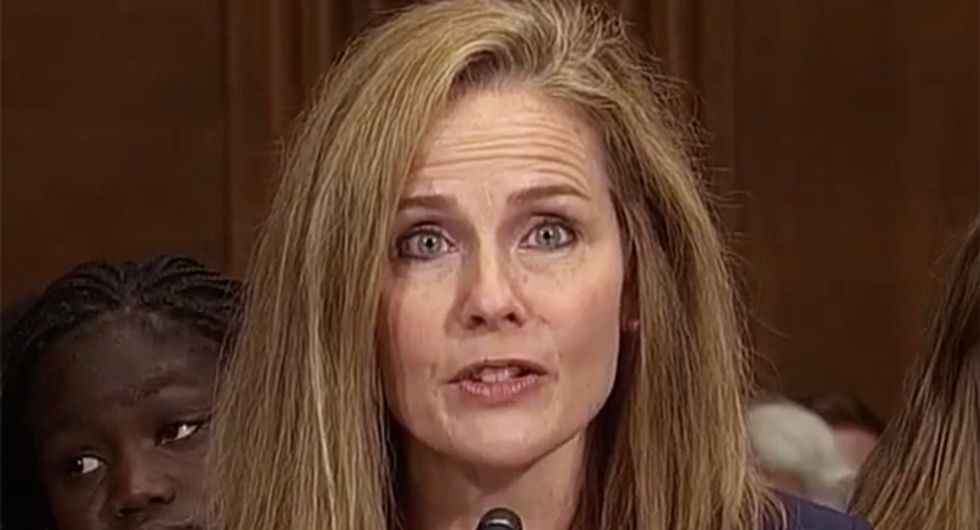 Appearing on CNN early Sunday morning, Massimo Faggioli -- Professor of Theology and Religious Studies at Villanova University -- said the Senate Democrats are within their rights to question Supreme Court nominee Amy Coney Barrett about her religion with a focus on her specific beliefs that he asserted are out of the mainstream -- even within the church.

Speaking with CNN host Martin Savidge, Faggioli made the case that Barrett is part of a fringe "covenant" group within the Catholic religion that should be brought to light to understand how she views the world.

'Why is her devotion so much more problematic?" the CNN host asked.

"It's not problematic," the theologian replied. "I think it's something that should be discussed with membership in a particular group as -- in the same case that we should discuss in the case of the Jewish nominee or Muslim nominee. So the group she is a member of is known and -- not her particular group but that family of groups for having certain kinds of hierarchal structures and --."

"That is true of all faiths," Savidge cut in. "All faiths have a hierarchy structure. They all begin with god and come down from there. Many faiths have specific rules as to how a person should abide in their lives and what they do. So I'm wondering, again, what makes her particular faith that seems so problematic. the real issue here is not so much her faith but in the terms of the court it would be her bias. That's what we're really talking about here: is whether her faith in this particular case gives her a certain bias that would somehow impact the judgments she's likely to make. Most of these debates will be over the Constitution, of course."

"We all have biases," the CNN host continued. "Just because we can specifically name a religious group that she's a part of, there are other people who have biases -- we don't know what they may be. Again, why is it her faith that becomes so much the concern if she can set that bias aside to render a judgment?"

"Again, it's not her faith," Faggioli replied. "But she's member of the group that is part of that family of groups called covenant groups. So covenant means that you are part of an alliance that binds members of a group in a particular way. That's what's a little different from being a Catholic in the pew, like myself or like John Kennedy or John Kerry or Antonin Scalia. that is different."

"What kind of relationship she has between that covenant in her group and the fundamental values of the Constitution?" he added. "I don't expect to hear anything explosive. I don't think that any question of this kind should be labeled automatically anti-Catholic because this is preposterous."