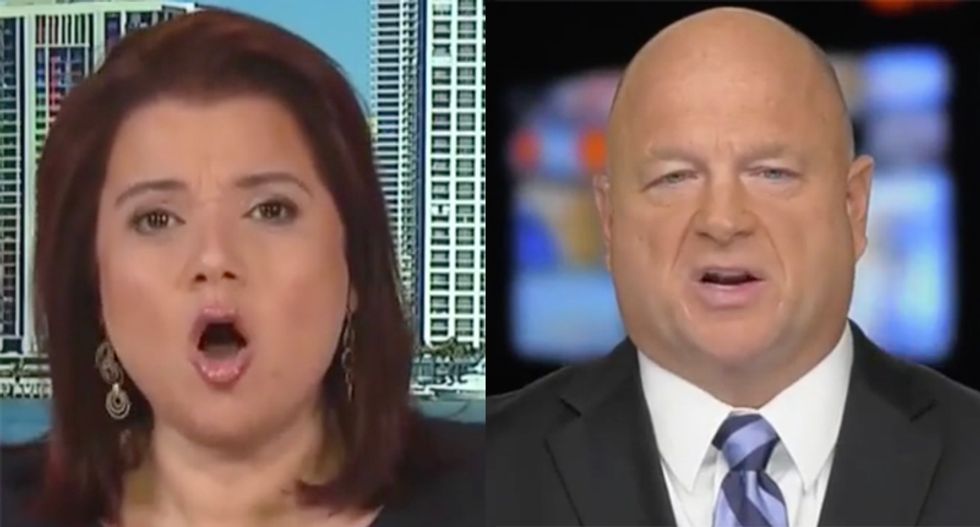 During a CNN panel discussion on tonight's debate between Donald Trump and Democratic challenger Joe Biden, a former adviser to the president suggested Biden's son, Hunter, should be fair game for attacks which led fellow panelist Ana Navarro to give him a lesson in the first daughter's corruption and the president's possible legal problems.

With "New Day" hosts John Berman and Alisyn Camerota looking on, David Urban said he expected Hunter Biden would be used against his father during the debate.

"If the president brings up Hunter Biden as we have heard some suggest he will repeatedly, how do you think Joe Biden should respond?" Urban challenged Navarro.

"Ivanka Trump," Navarro shot back. "You want to bring up Hunter Biden, go ahead, go right ahead. I think Joe Biden has an answer for that and I think, right now, Donald Trump has to explain why he had his daughter on his corporate payroll and at the same time was paying her $750,000 in consulting fees.   Which is a tax scam -- that is a tax scam. How he's used the bully pulpit of the presidency and the platforms of the government to promote his properties and push money towards his properties, whether it's the websites or whether it's trying to hold the -- you know, G8 at Doral [country club] or making his hotels and golf courses the place where people go."

"He's going to have to explain all that," she added. "So if he wants to talk about corruption, go ahead -- make our day."