Anti-masker goes berserk in nail salon: ‘I’m fighting for the last shred of civil rights we have!’ 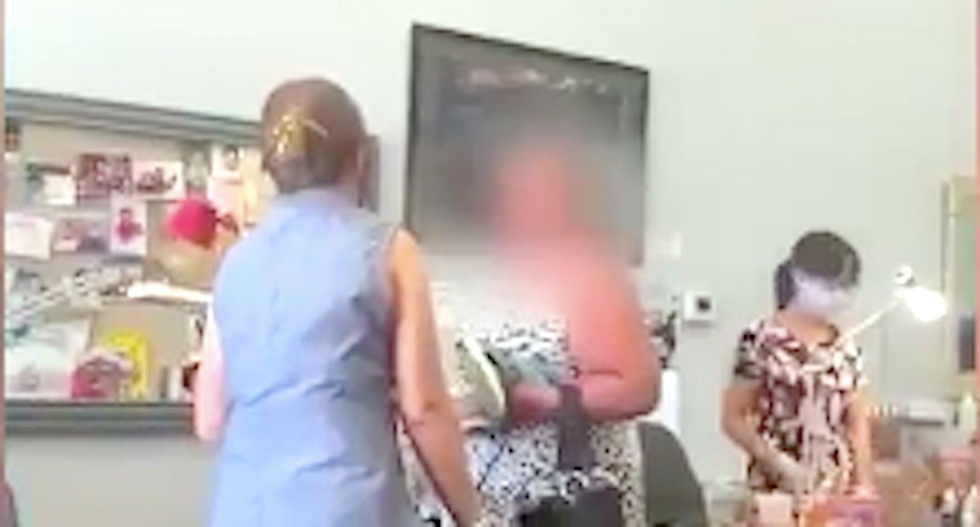 A woman melted down in an Arizona nail salon after she was asked to comply with a face mask mandate.

Officials in both Maricopa County and Phoenix require face coverings in public spaces to prevent the spread of coronavirus, but one customer at Du Nails loudly voiced her objections in an incident recorded by another patron, reported KSAZ-TV.

"I am fighting for the last shred of civil rights that we have," the woman shouted. "You're too stupid to figure it out."

An employee threatened to call the police if she didn't calm down, but the woman refused.

"I will not lower my voice, I will not," she said. "Call them and maybe they'll arrest me for yelling."

The customer who recorded the Saturday afternoon encounter said the other woman should have extended basic courtesy to everyone else in the salon and worn a mask.

"The customer that asked her to put the mask on explained that she had a compromised immune system and would appreciate if she would comply with the mask requirement, and that's when the person got very agitated," said Rhonda Snider. "It's not a personal cause. It's just something that you do out of respect for other human beings and to be kind."