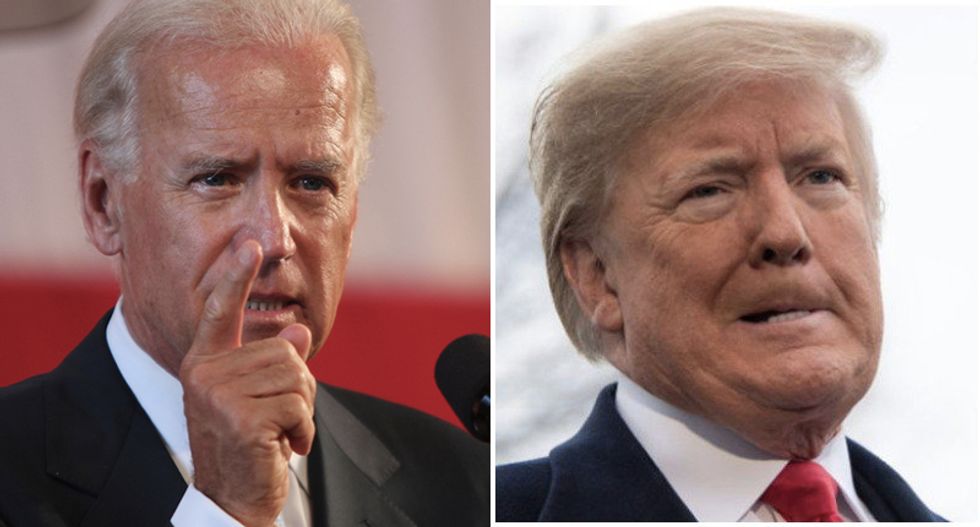 The Facebook disinformation machine is going viral hours before the first 2020 presidential debate - and barely 24 hours after former Vice President Joe Biden warned of it its probable occurrence and interference in his presidential campaign.

Alex Jones’ right-wing disinformation site, Infowars, posted a headline citing a report from former Fox News host Todd Starnes. The headline read, “Report: Joe Biden Has Been Given Tonight’s Debate Questions In Advance.” Starnes, who was citing right wing conspiracy theorist Jerome Corsi, published the story without fact-checking or supplying sources for his claims. In fact, there's even a thought that the story has been circulating since last week. Regardless, his story reached his impressive audience of over 1 million followers on Facebook and another 1 million on Twitter, according to CrowdTangle. Crowdtangle is a social media analytics tool owned by Facebook.

Biden's campaign sent Facebook a letter Monday laying out his campaign’s concerns about political disinformation being spread on its platform, but the response seemed tepid at best.

"Rather than seeing progress, we have seen regression," campaign manager Jen O'Malley Dillon wrote to Facebook CEO Mark Zuckerberg in a three-page letter obtained by Axios. O'Malley Dillion added that Facebook is “the nation’s foremost propagator of disinformation about the voting process.”

Lots of disinfo ahead of tonight's debate. One case: InfoWars says Biden got questions in advance, citing former Fo… https://t.co/t9laIfWjbb
— Will Sommer (@Will Sommer)1601398495.0

The Biden earpiece conspiracy theory (which originated in a tweet from a single anonymous source to a NYPost report… https://t.co/SXHOWSkIKZ
— Ben Collins (@Ben Collins)1601403748.0

Trump has weaponized social media for the past four years. Recently, Trump turned to Facebook to amplify doubts about the integrity of mail-in ballots and other falsehoods that have gone unchecked.

The Biden campaign asserts that these attacks via social media only encourage illegal behavior and should be taken down.

"By now Mr. Trump clearly understands that Facebook will not hold him to their clearly stated policies," the Biden letter stated.