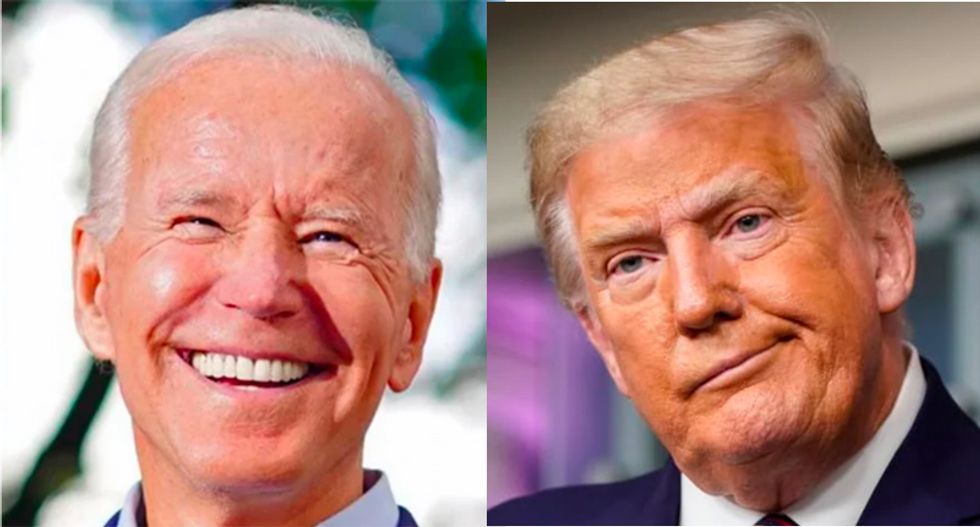 In his column for the Daily Beast, conservative Matt Lewis made the claim that any hope Donald Trump has of remaining in office for four more years will likely be dictated by what happens during his nationally televised debate with former Vice President Joe Biden on Tuesday night.

Lewis who is no fan of the president -- although he was exceedingly pleased with Trump's choice of conservative justice Amy Coney Barrett to replace Supreme Court Justice Ruth Bader Ginsburg -- said Trump's reeling campaign needs a win which, he admitted, seemed unlikely to happen.

With the president reeling from a recent report in the New York Times that he has been ducking paying federal taxes for over a decade, coupled with a poor economy and the COVID-19 pandemic, Lewis suggested the president will be unable to bluff and insult his way through the ninety minutes while Biden will only have to come across as merely competent to win the debate.

Writing, "Donald Trump has bet so much on Biden being a blithering idiot that it almost doesn’t matter what Trump himself does or says. Down in the polls, Trump desperately needs a game-changer, but he’s dependent on Biden’s poor performance to give him one. In sports vernacular, Trump doesn’t control his own destiny. Biden does," Lewis added, "While Trump tries to wing it, there’s also a danger that Biden may arrive with a bunch of one-liners he’s been working on for weeks. This dynamic normally redounds to the prepared challenger's advantage, but Trump’s ability to deflect while simultaneously hurling insults is instinctual."

Explaining what is likely to transpire, the conservative wrote, "Biden is the adult, Trump is the child. From there, Biden’s goal is simple: Avoid mistakes, and come across as likable and competent. That’s it."

Lewis speculated Trump may also run into problems with debate moderator Chris Wallace of Fox News who has already had a run-in with Trump in a recent interview that did not go well for the president.

"Wallace says he won’t be fact-checking candidates, but his M.O. is to anticipate BS evasion tactics and force real answers, so don’t expect him to recede into the background either," the columnist offered. "As host of Fox News Sunday (not to mention a tough-as-nails veteran journalist), Wallace can ding Trump without being credibly accused of liberal bias. Indeed, Wallace recently grilled Trump in an interview, a fact that makes me wonder why Trump would want to subject himself to a repeat performance."

Lewis admitted that the debate is not a slam dunk for Biden, but added that asl long as he doesn't "implode" on stage, Trump will likely see his chances at re-election diminish considerably.