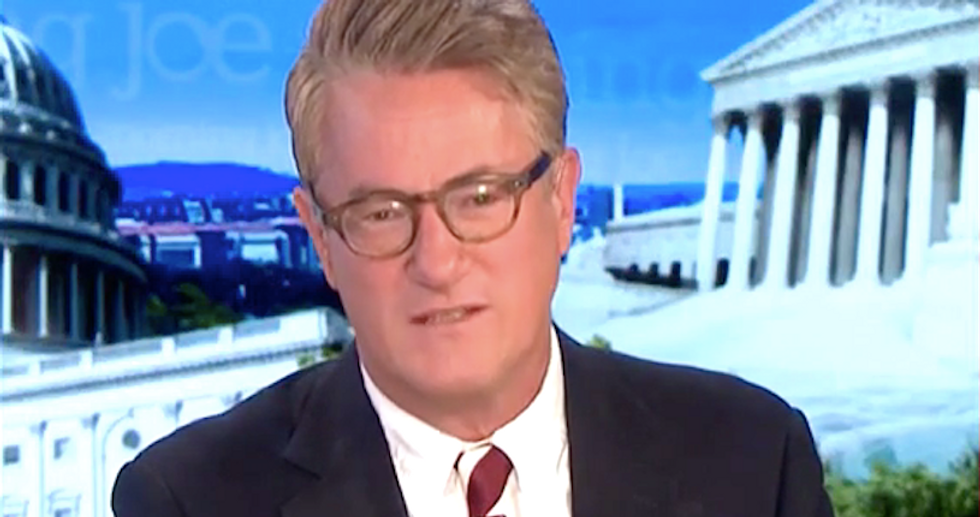 The president will face off against Joe Biden for the first time Tuesday night, and the "Morning Joe" host said the stakes could hardly be higher for his re-election chances.

"Where we are is at an inflection point," Scarborough said. "Donald Trump is losing. His support over the past few days has been dropping, in some places precipitously enough so to concern his advisers. We showed you yesterday polls from two of the most important states, Wisconsin and Michigan. And in Wisconsin, down 10 points. He's losing support there. In Michigan, down eight points. These are must-win states for Donald Trump."

The president still has a chance, Scarborough said, but things may need to break perfectly again -- as they did in 2016.

"Unless he can pull off an inside straight, which depends largely on the state of Pennsylvania," Scarborough said. "Nobody in the Trump White House thinks Donald Trump can win without winning the state of Pennsylvania. New polls out last night shows a nine-point lead, Joe Biden opening up a lead in the state he should win and a state that we all thought was too close all along. Well, you look at what's happened with the Supreme Court appointment, something, again, we predicted last week was going to shatter support in areas he needed to gain support, among women, college-educated people that used to be Republicans that are breaking Joe Biden's way, among independents, and then this morning a Washington Post-ABC News poll coming out from Pennsylvania also showing Joe Biden at 54 percent to Donald Trump's 45 percent."

"A nine-point lead, but again for all those people crowing about this being 2016," Scarborough added, "look at that top number. Look at the top number in that Pennsylvania poll. Joe Biden's not at 44 percent with Donald Trump at 43 percent, he's at 54 percent. He's gone over the 50 percent threshold. Could he lose still? Yes, he could lose still, a lot of things could happen. But things are breaking badly against Donald Trump."