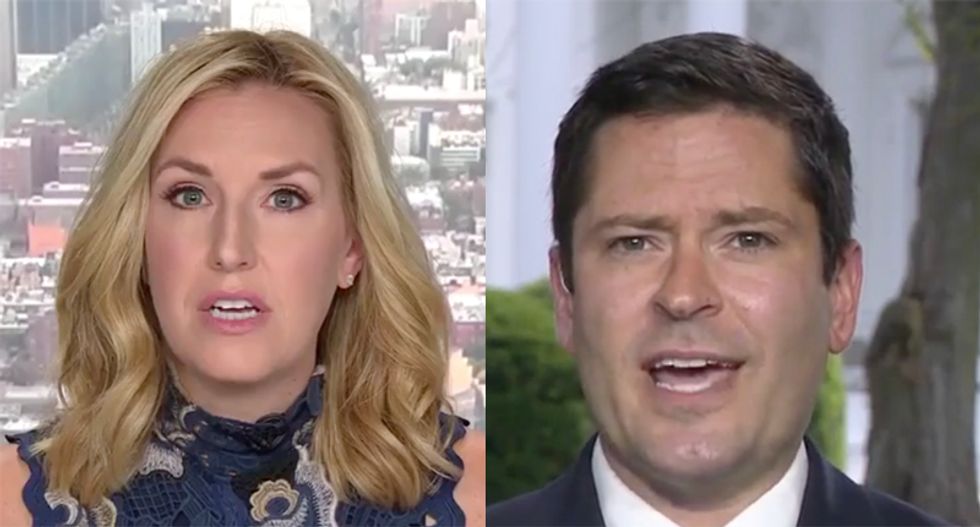 CNN host Poppy Harlow lost patience with a White House spokesperson on Monday afternoon after he deflected questions about the New York Times reporting on Donald Trump's taxes by trying to smear the paper and the reporters behind the bombshell report.

After White House Deputy Press Secretary Brian Morgenstern tried to smirk his way through an attack on the report and the journalists who compiled it, Harlow warned him the interview would end immediately if he didn't stick the subject and answer her questions.

"In 2017, Brian, in 2017, according to all of these documents, it appears the president paid more in taxes to Panama, India, and the Philippines than he did to Uncle Sam. How is that America first?" the CNN host pressed.

"Poppy," he laughed. "The documents the New York Times used, they wouldn't even show them to anybody so they could be verified and disputed. He [Trump] stated he paid tens of millions of dollars in taxes -- we know this."

"We know that he donates his salary to the government even when he doesn't have to," he continued. "That's a million and a half dollars in taxes he didn't have to pay, but this is a story that is another version of it from four years ago on the eve of the debate. Coordinated with the Democrats as a political hit."

"Okay. I'm just going to stop you there," Harlow cut in. "These are remarkable reporters from the New York Times that went through 20 years of documents. It's not okay to accuse them with no facts of coordinating with the Democratic Party. Please stop doing that or this interview will end. Stop attacking the press. I have not seen you do that largely before. Stop doing that."

'I am asking you direct questions. You can put the entire thing to bed if the president would release the records and show the American people what he says is true," she added.