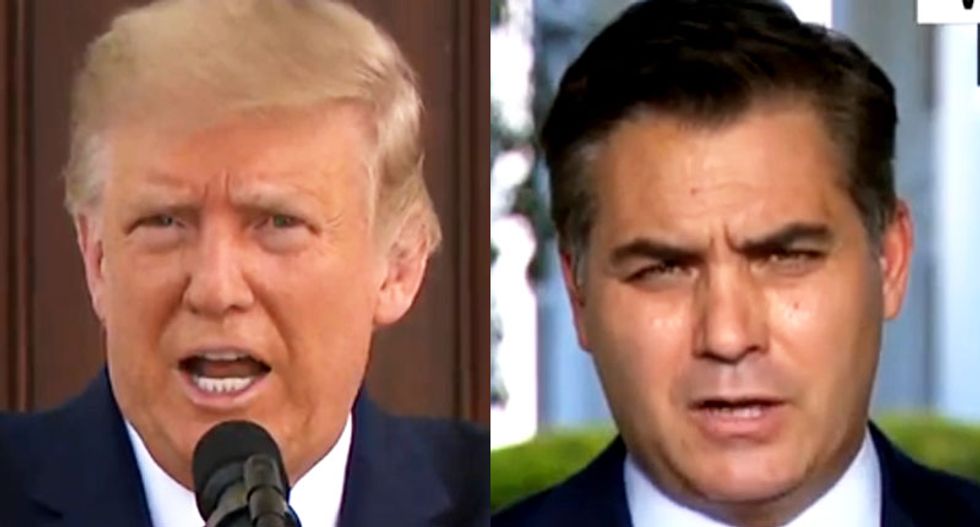 "Just as they used the White House for the political backdrop for the convention on the south lawn of the White House, he did the same on the north of the White House. It is very unusual to see the President of the United States give a press conference in that north portico area. I'm not sure it's ever happened, at least not in a long time," Acosta said after the briefing.

"And he essentially used it as a campaign event. This was a rally disguised as a news conference. We've seen this before, we'll see it again. I do think it's somewhat surprising that he doesn't just go out and hold a campaign rally or speech somewhere, why he feels he needs to do it from the White House. I think that's a question that needs to be asked."