‘Completely shameless’: Pompeo faces backlash for violating his own guidelines on political activity 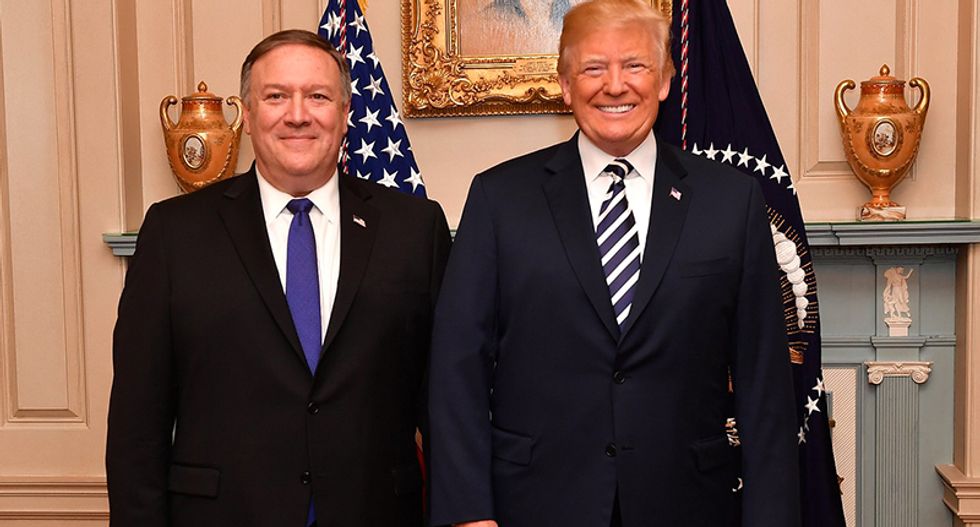 President Donald Trump's secretary of state has been increasingly "brazen" about appearing at political events, in apparent violation of his own directive to the department's employees.

Secretary of State Mike Pompeo wanted to accept the president's invitation last year to speak at a campaign rally, but a congressional aide said he backed down after being told that would violate existing rules, reported Politico.

However, that's all changed this year.

“What he is doing is entirely unconventional,” said Harry Kopp, an author of books on U.S. diplomacy. “The employees of the State Department have, by now, I think, no illusions about the partisan nature of their secretary of state.”

Pompeo will visit Wisconsin on Wednesday to deliver a speech on foreign policy in the crucial swing state, just weeks ahead of the election, and last month he delivered remarks to the Republican National Convention from his official visit to Jerusalem.

He visited a Baptist megachurch in Dallas, where he told a Trump-leaning audience that public displays of faith were both lawful and righteous, and he's rubbing some State Department staffers the wrong way with a series of "Madison Dinners" that seem aimed at promoting his own political ambitions.

Pompeo is widely expected to launch a bid for a 2024 presidential campaign, possibly soon after this election is over, and some critics have complained that he's misusing his taxpayer-funded position to campaign for Trump and position himself as the president's GOP successor.

“People become brazen when there are no consequences,” said Philippe Reines, a longtime adviser to Hillary Clinton. “Pompeo is brazen. But he also knows how to play the game and knows how to protect himself.”

Pompeo insists he's following the law with frequent appearances before religious right groups, but some of his political appearances have stunned State Department employees who have been warned of their own obligation to avoid partisan activity.

The secretary reminded all employees July 24 of those restrictions, and many of them were stunned when Pompeo took part in the RNC a month later -- although it's not clear whether Pompeo changed the rules, which he has broad authority to do.

“He’s not even trying to be discreet,” said one senior U.S. diplomat. “It’s completely shameless.”