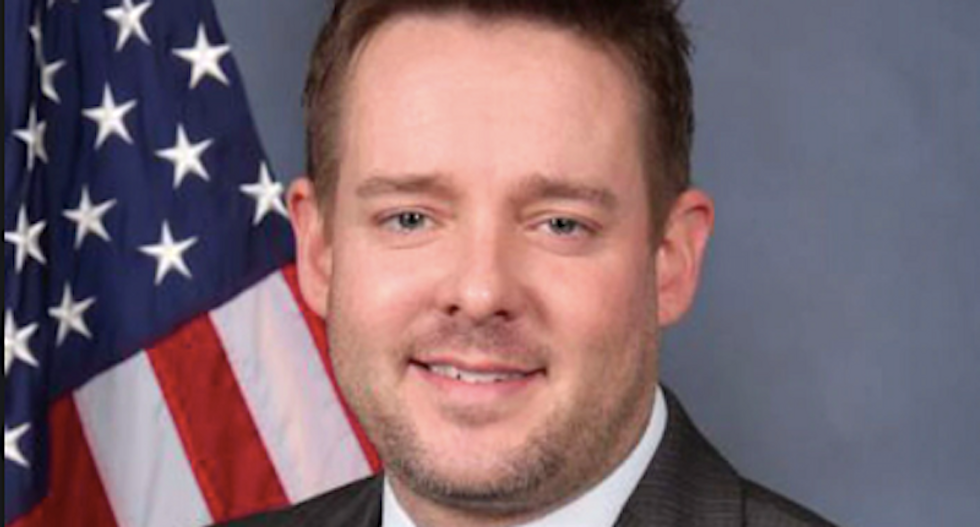 One of the police officers involved in the killing of Breonna Taylor sent a "rambling" email denouncing protesters as "thugs" while awaiting a grand jury announcement on possible charges.

Louisville Metro Police Sgt. Jon Mattingly confirmed that he sent the email to colleagues early Tuesday, as the department declared a state of emergency ahead of Kentucky attorney general Daniel Cameron's announcement of the grand jury's decision, reported WAVE-TV.

"You DO NOT DESERVE to be in this position," Mattingly told fellow officers, in emails first flagged by Vice reporter Roberto Ferdman. "The position that allows thugs to get in your face and yell, curse and degrade you. Throw bricks, bottles and urine on you and expect you to do nothing. It goes against EVERYTHING we were all taught in the academy."

Mattingly blasted the city's mayor, chief of public safety and chief of police, whom he complained had not sufficiently supported him and two other officers -- Myles Cosgrove and Brett Hankison -- involved in Taylor's killing inside her own apartment.

"The position that if you make a mistake during one of the most stressful times in your career, the department and FBI (who aren’t cops and would piss their pants if they had to hold the line) go after you for civil rights violations," Mattingly complained. "Your civil rights mean nothing, but the criminal has total autonomy."

The March 13 killing sparked months of protests in Louisville and other cities as part of nationwide protests against police brutality, especially after the May 25 killing of George Floyd in Minneapolis.

Louisville police imposed new restrictions this week on parts of downtown in apparent anticipation of intensified protests following the grand jury announcement, and Mattingly tried to encourage his fellow officers.

"Regardless of the outcome today or Wednesday, I know we did the legal, moral and ethical thing that night," Mattingly wrote. "It’s sad how the good guys are demonized, and criminals are canonized. Put that aside for a while, keep your focus and do your jobs that you are trained and capable of doing. Don’t put up with their sh*t, and go home to those lovely families and relationships."

"Stay safe and do the right thing," he added. "YOU ARE LOVED AND SUPPORTED by most of the community. Now go be the Warriors you are, but please be safe! None of these 'peaceful' protesters are worth your career or freedom. God speed boys and girls."