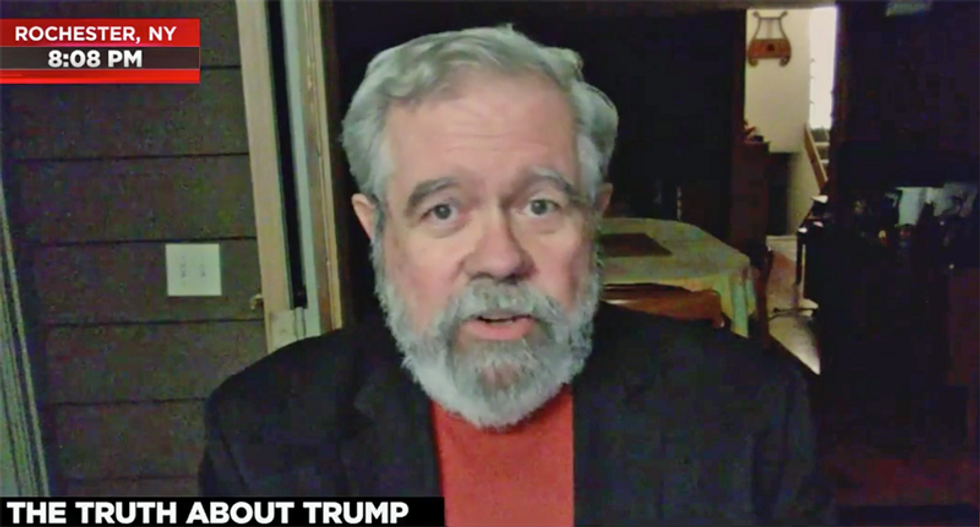 "Here is the first question I have for you. Like, rich people get away with murder in the tax code all the time," anchor Chris Hayes noted. "This strikes me as a whole other universe level of, like, abnormality. What is your reaction to it? How should we think about it?"

"First of all, understand that America has two income tax systems. One is for workers and pensioners and others whose income is verified by the government and you can't cheat in that system and you have to pay your taxes before you get your money. The other system is for the owners of private businesses like Donald Trump, they tell the government what they say they made, they pay what they say they owe and unless they're audited, the government accepts that and we're down to auditing less than 3% of people with half-million-dollar to multi-billion dollar incomes," he explained.

"There are half-a-million of those people in America, we fired a third of IRS auditors in the last 10 years or not replaced them. So first off, Donald operates in this system that encourages cheating," he noted. "But the second is Donald has a long history of tax cheating."

"Remember, as I have told on this show before, he had two income tax fraud trials over his 1984 income tax returns. These were civil fraud, not criminal fraud, he forged the tax return document," he explained. "He was lucky he wasn't criminally prosecuted."

"the new york times" in this brilliant project two years ago didn't beat around the bush. they said he committed tax fraud, and there are plenty of badges of fraud in the documents described in today's new york times.

"I think it is very clear that Donald Trump is a serial, massive, calculated, tax cheater," he charged.