‘Deeply freaked out’: Nicolle Wallace says Trump knows his contempt for troops is his ‘Waterloo moment’ 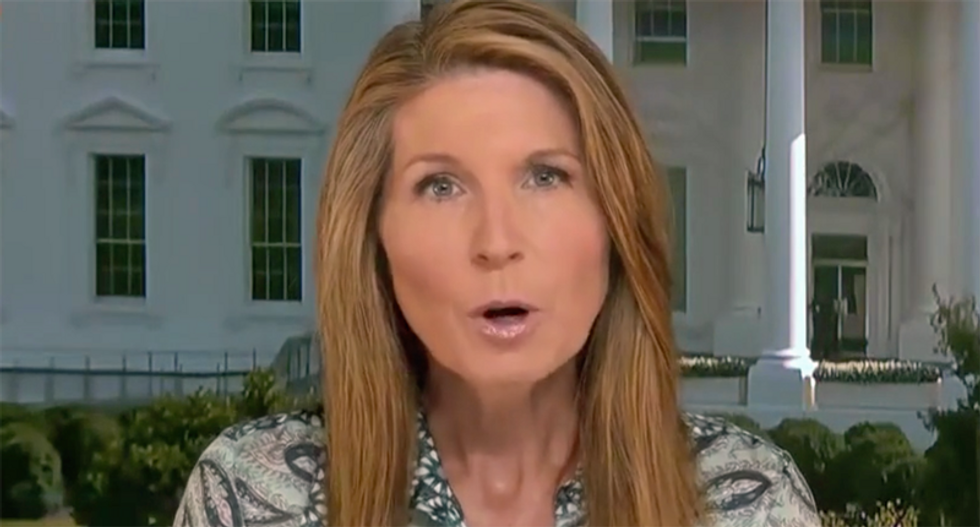 MSNBC's "Deadline: White House" on Tuesday broke down the political peril President Donald Trump is facing after reports from multiple outlets of his disparaging remarks against U.S. military service members.

"Could Donald Trump's smears against veterans and service members -- calling those who serve 'losers' and 'suckers' represent a political Waterloo for him?" host Nicolle Wallace asked. "Well, he certainly seems to think so. Trump has spent the last five days fussing and moaning and protesting the reporting from The Atlantic, which has now been matched by nearly half a dozen news organizations, including Fox News."

"Trump seems truly, madly, deeply, freaked out by the revelation that he essentially disdains the men and women of the military he leads as the country's commander-in-chief," she noted.

Wallace said a former senior Pentagon official told her, "The problem Trump will have with the military isn't just that he said those things, it's that he thinks them."

For analysis, Wallace interviewed Iraq War veteran Paul Rieckhoff, who appeared earlier in the day on MSNBC's "Morning Joe" -- where he blasted Trump as a "disgusting human being."

"Where does all of this land for you?" Wallace asked.

"Terribly," Rieckhoff replied. "Most terribly for the national security of our country because we're in a point now where the commander-in-chief is attacking his own military -- out in the open -- and everyone in the world can see it. Our enemies can see it, and our enemies are celebrating. Our military is being ripped in half, our leadership is being politicized, so this is a new low."

"I think it reveals something really important about Donald Trump, that military people appreciate especially, that he's terribly undisciplined," he explained. "He can't control himself, he does make everything worse. He's like a political suicide bomber, every time he takes something out, he takes out everything out around him."