Democrats are smoking Trump in mail voting requests in a state he can't afford to lose: report 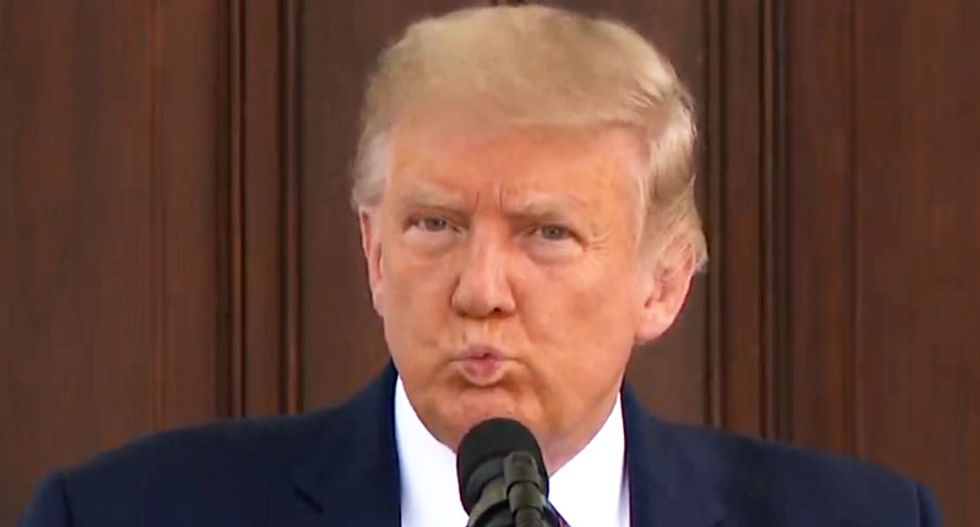 On Tuesday, Statehouse News Bureau reported that the typical Republican edge in mail-in ballot requests in Ohio has been eliminated — and Democrats are leading in requests in some large, red counties that are essential to GOP strength in the state.

"An analysis of only mailed-in ballots from all of 2016 compared to absentee ballot applications sent in so far in 2020 shows requests from Democratic-affiliated voters are way ahead of those from voters affiliated with the Republican Party," said the report, noting that although Ohio doesn't register voters by party, they can request to be "affiliated" with Democrats or Republicans.

"In heavily Republican Warren County four years ago, three times as many Republicans as Democrats voted early by mail. This year, absentee ballots requested by Democratic and Republican voters are running about even," said the report. Likewise, "In very red Delaware County, only 13 percent of all mailed-in ballots were from Democrats in 2016. But so far, more than a third of all absentee ballots requests received this year are from Democrats, and only 20 percent are from Republicans."

Democrats also have sizeable leads in counties that swung from Obama to Trump, like Montgomery and Erie Counties.

Trump has attacked coronavirus-triggered expansions of mail-in voting around the country, baselessly claiming it will lead to fraud, corruption, and ballot forgeries — which some Republican state officials worry is leading to a dropoff of Republican interest in voting by mail.