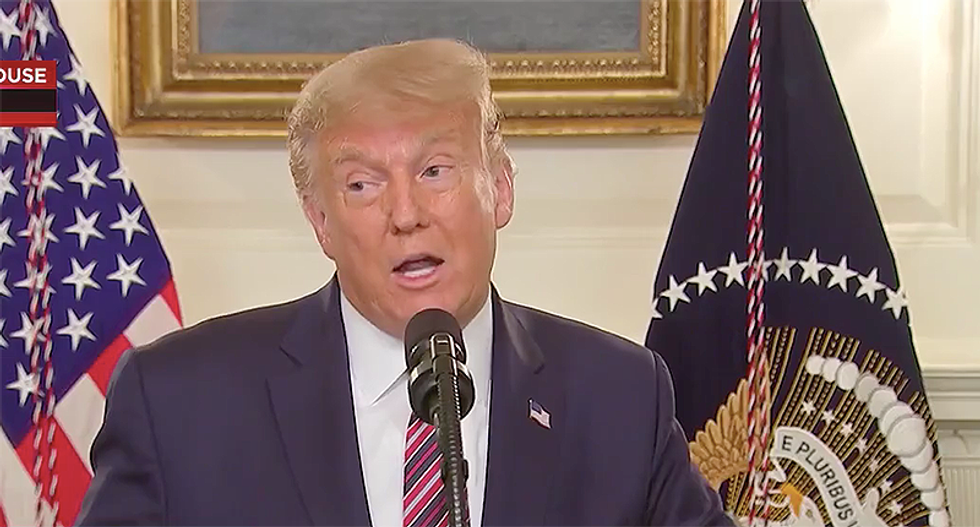 Former Watergate reporter Carl Bernstein warned that his former colleague, Bob Woodward's new book is more damaging than anything that ever happened in their thousands of words written about President Richard Nixon's scandals. But in his Wednesday press conference, President Donald Trump accused Woodward of a "political hitjob."

In his previous book, FEAR, Trump accused Woodward of not speaking to him before writing the book. So, Woodward did another book, recording many conversations with the president and exposing the president for lying to Americans about the COVID-19 pandemic.

Woodward's tapes revealed that Trump intentionally was playing down the threat of the coronavirus because he didn't want people to "panic." The problem, however, is that thousands of people died as the president dismissed the dangers of the virus. The U.S. is nearing 200,000 dead.

There was speculation early on that Trump ignored his presidential daily briefing about the dangers of the virus, but now Americans are discovering that he did read it, he was briefed on it, he did know about it, and chose to ignore it. Then he admitted it to Woodward in the most callous of terms.

As Trump stepped to the podium Wednesday, #TrumpLiedPeopleDied was trending on Twitter.