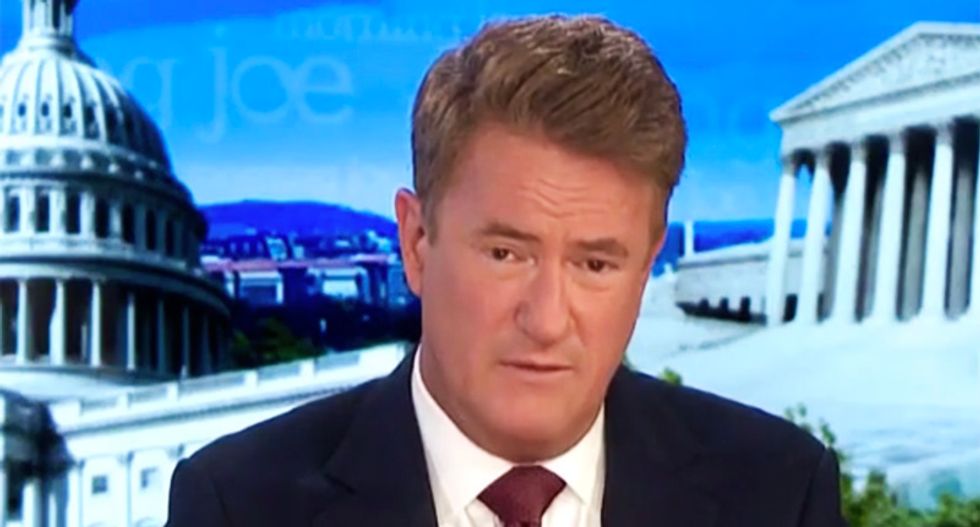 MSNBC's Joe Scarborough warned that bankers are predicting "economic chaos" and another depression for next year, no matter who wins the election.

The "Morning Joe" host said he's been speaking with contacts in the financial world who are worried that economic inequality will worsen next year, but he said that issue seems to be underreported by the media.

"Just this past week alone, in random social conversations not related to [asking], 'Hey, how is the economy going,' not where I'm picking up the phone asking people what they're thinking, I talked to a top banker at one of the big three banks in America, a small business lawyer that actually handles small- to mid-size companies, a finance CEO, and also a few restaurant owners that own quite a few restaurants, and they all told me the same thing," Scarborough said.

"I'm hearing time and time again, not to be a Cassandra here, but they say get ready for 2021, it doesn't matter who gets elected, there's going to be a depression," he added. "I keep hearing the word depression, what they're seeing from their clients are people that have held out for six, seven, eight, nine months on the verge of collapse, people that own property. They're all saying the same thing, the rich are going to get richer, the poor are going to get poorer, cash is going to be king in 2021 and there is going to be economic chaos again."

Scarborough noted that each of those sources brought up the topic on their own.

"These people don't know each other they, I didn't lead them," he said. "They're all saying this. What's going on? Why are there such grave concerns up and down the economic food chain that we're not hearing about in the mainstream press?"